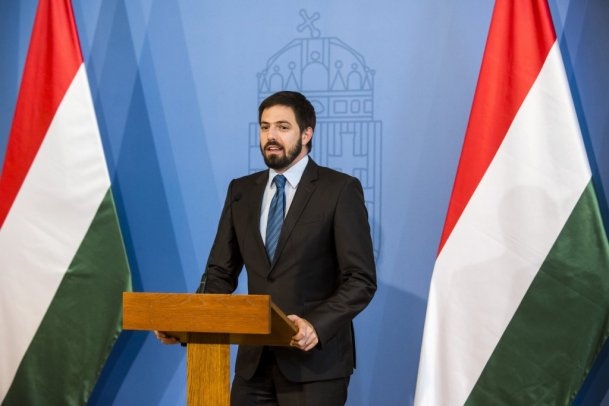 Magyar told MTI after the meeting that Ukrainian President Volodymyr Zelensky and Deputy Prime Minister Olha Stefanishyna had accused Hungary’s government of “not reacting proportionately” to the Russia-Ukraine war.

Zelensky’s comments that Hungary “wasn’t even doing as much as everyone else does”, and that Hungary “supports Russia”, are offensive to all compassionate Hungarians who have condemned the war and actively helped Ukraine, Magyar said.

Hungary “set aside its ongoing debates with Ukraine on the first day of the war, and, contrary to the words of the Ukrainian deputy prime minister, has not stood in the way of the cooperation between Ukraine, the European Union and NATO”, Magyar said.

“We have opened the borders to more than half a million refugees since the start of the war, contributed to easing the suffering of those in need with countless deliveries of private and state-funded donations, provided hospital treatment for 130 Ukrainian children and taken part in every international effort aiming to stop the bloodshed,” he added.

None of those efforts would have been possible without the sacrifice and support of Hungarian citizens, who only deserve praise and gratitude for their efforts, he said.

“We call on Ukraine to refrain from insulting Hungary and commenting on its internal affairs even in these hard times; they can, in the meantime, continue to count on our help,” he said.