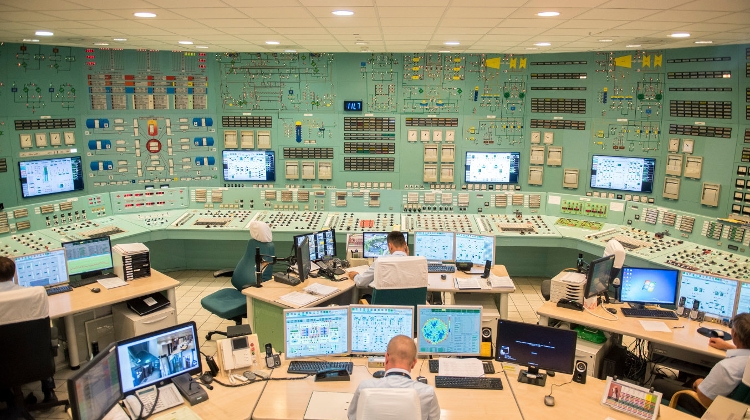 Concerning the upgrade of Hungary’s Paks nuclear plant, PM Orbán said that Hungary had a general objection against European sanctions against Russia, but “since unity within the EU is important, Hungary approves such measures unless they do not impact vital Hungarian interests”.

Current plans for EU sanctions “affect no component of nuclear energy” therefore the Paks project “could continue under the agreements made earlier”, he said. The project, he added, had “suffered many attacks” without which the upgraded plant could have been operational by 2023 and “Hungary could take the current energy crisis more easily”.

On the subject of Hungary-Poland relations Orbán said that some issues such as around an aviation ban or extending sanctions to energy might make those ties more difficult, but added that “the Visegrad cooperation is not a geo-political alliance aimed at making joint foreign policies but to promote their interests more efficiently within the EU”. “In this latter area cooperation continues to be smooth,” he added.

Asked about the EU’s rule of law mechanism against Hungary, Orbán said that reinforcing Hungary’s ties with Poland was paramount. “Alone you cannot stand such a storm, but who knows… better not try,” he said. Hungary and Poland is an “alliance of mutual protection” and one will not allow the other to be excluded from European decision making, he said.

The two countries may have a number of differences in foreign policy but their cooperation should be active in the area where it can be most successful and that is “self-defence within the EU”, he insisted. Orbán said he had not received a letter concerning the EU launching the mechanism.

He said he did “not understand” the move as Hungary had not received “a single cent” from the recovery fund “therefore it has not been in a position to spend it unlawfully”. Irrespective of the letter, “one thing is certain, Hungary will not send weapons to Ukraine and will not give in to any pressure aimed at rolling out sanctions against Russia to gas and oil, nor will it give in concerning gender issues,” he said.

Orbán said decisions by the European Commission and the European Parliament could “usually be explained by leftist political motivations”, adding that those decisions were “not fair, lawful or impartial”. Hungary “belongs to a minority within the EU that believes in nation states, which is conservative and Christian Democratic, and leftist groups in all institutions of the EU will try and help their Hungarian comrades, the Hungarian Left,” he insisted.

The EU is before serious decisions that cannot be passed without Hungary, and “we will not be pious losers”, Orbán said. In reply to a question, Orbán said the outcome of the French elections would decide if he initiated a new alliance within the European Parliament.

In his response to questions about the recent parliamentary election, Orbán said the opposition should analyse the causes that had led to its defeat, and then “stand up and pull itself together because Hungary needs a parliament in which there are voices other than the government’s”. It is in the country’s interest “to have sensible debates in parliament on serious issues, which requires an opposition,” he said.

Asked about the role of Ferenc Gyurcsány, head of the Democratic Coalition, in the opposition’s defeat, Orbán said “being dishonest will lead to no good” and insisted that “voters should not be underestimated; they will always know who is big boss”.

Orbán said his Fidesz party had strengthened its position in Budapest, too, garnering considerably more votes than in 2018. Concerning radical Mi Hazank’s winning seats in parliament he suggested that the government would maintain its “zero tolerance for anti-Semitism”.

Concerning divisions in society, the prime minister said “after an election what they call re-unification of the nations is the winner’s responsibility” adding that it could be achieved through “issues reaching beyond political party borders”.

Such subjects include “the gender issue”, he said, adding that in the referendum held simultaneously with the election “more people answered in support of the government than voted for Fidesz (in the election)”.

Sending a message to people that did not support Fidesz in the election Orbán quoted Churchill as saying that “success is not final, failure is not fatal”.

Orbán said the government plans to extend the system of family support measures, but added that in Europe’s current economic situation timing is still an issue.

Asked about Hungary’s next government, Orbán said the newly elected parliament should convene by May 3 and ask the prime minister to form a government. “It is not stated by law that the leader of the winning party should be asked to, but I have certain hopes of this kind,” he said.

Orbán said the new government cannot be formed before the end of May. He did not rule out that János Lázár, his former chief of staff and winner in Hódmezővásárhely, would return to the government and would be assigned with the task of increasing Hungarian ownership in retail chains to above 50%.

Asked if Péter Szijjártó remains foreign minister, Orbán said he would like to keep him in the government but it depends on the minister’s own decision.

Asked if the caps on fuel prices and interest rates would be maintained, Orbán said the government would make every possible effort to protect the people and families from price increases.

The caps will remain in effect until the deadlines announced previously, and the government will seek to extend them, he said, adding that negotiations with fuel traders, banks, food producers and retailers are under way.

Orbán said he saw a chance of maintaining price caps on utilities. If the Paks nuclear power plant is upgraded and solar energy use increased as planned, the share of gas in Hungary’s energy mix can be reduced to 10% by 2030, he said.

Orbán confirmed the government’s commitment to maintaining financial stability. He noted that the budget deficit and the government debt had been reduced even during the election campaign. The situation of Hungary’s economy will depend on the depth of the European crisis, he added.

In reply to a question, Orbán ruled out that the government would take austerity measures and raise taxes affecting the public. However, there might be a need for special taxes to be imposed on multinational companies and others, similar to the ones introduced in 2010, he said, adding that such measures would depend on the EU’s ability to halt energy price rises.

Asked about the EU’s recovery and resilience funds, Orbán said that Hungary has access to a variety of other funds on the money markets because its economy is in a good shape. “It is inconceivable for Hungary to remain without money,” he said.

Asked about pay rises for teachers, Orbán said the government would fulfil its promise for 10% hikes this year and the next two. He admitted that teachers are right on saying that this is insufficient but added that further increases would depend on the country’s economic performance.

Orbán said in legal terms the April 3 referendum on child protection proved to be invalid but “never before had so many Hungarians adopted a uniform stance on an issue”. “The outcome of the referendum unambiguously implies a political obligation,” he said.