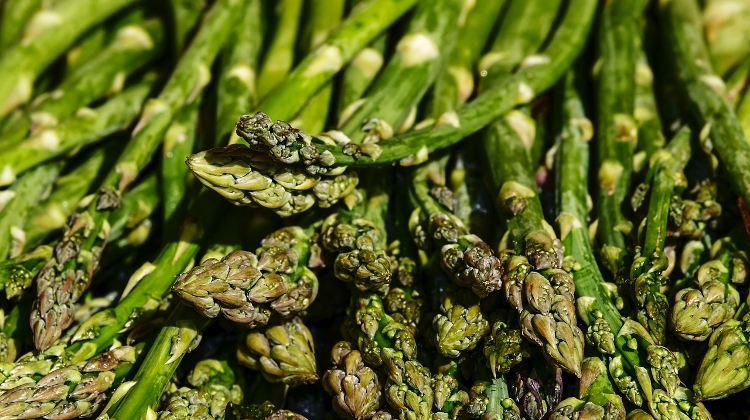 Hungary's asparagus season started at the end of April, later than usual, and is expected to run until mid-June, according to an analysis by the Agricultural Research Institute (AKI), writes napi.hu.

Farm gate prices for locally-grown asparagus are 12% higher than a year earlier, according to the analysis.

In late April and early May, asparagus was going for HUF 2,000/kg at Budapest's big wholesale produce market.

Hungary exported 1,090 tonnes of asparagus to Germany, 537 tonnes to Switzerland, 245 tonnes to Sweden and 221 tonnes to Finland.

Germany accounted for around 40% of the crop.