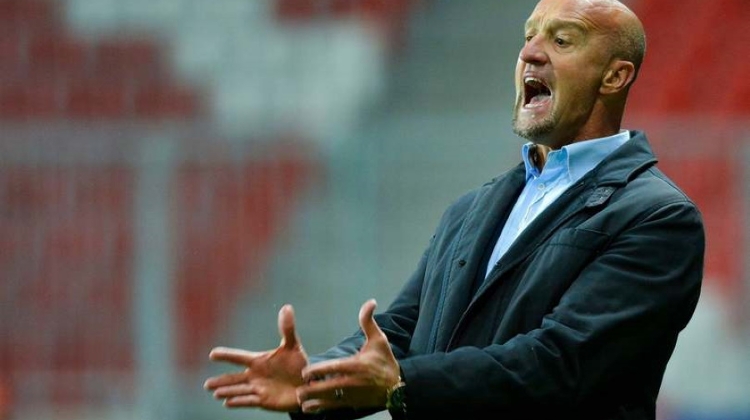 Hungary men's head coach Marco Rossi has announced his squad for the four Nations League, Division A, Group 3 fixtures within 11 days in June.

The 27-man list is larger than usual this time, partly due to Péter Baráth, Szabolcs Schön and Zalán Vancsa's inclusion in Zoltán Ger's U21 national squad for forthcoming important European Championship qualifiers.

The Hungarian national squad for the Nations League fixtures against England, Italy and Germany in June:

"Szabolcs Schön is still a regular member of the full squad, but he has had very few opportunities to play for his club," Rossi told journalists at a press conference on Friday morning. "We've come to the conclusion that the best we can do for him and thus for the national team is for him to be with the U21 national team to get the most out of his minutes on the pitch and then return to us.

The same can be said about Zalán Vancsa; he also needs playing time. It's clear that he will be a very important talent for the national team and can easily become a fixture in the squad, but it is essential for him to play more for his club than he has thus far.

Although Zalán has not yet played for the U21 team, it is very important that more and more young players, especially U21 players, get opportunities in the full team, something which will also how how much the work of Zoltán Gera and his staff contributes to the full team's success.

This is very important, because in addition to achieving the best possible results, we also need to continuously develop the team for the future".

Hungary is among the top 16 countries in Europe in this edition of the Nations League, with Group 3 starting against England on 4th June in the Puskás Arena, unfortunately behind closed doors. This will be followed by an away game against Italy in Cesena on 7th June before a return to the Puskás Aréna to host Germany four days later and then another away fixture, this time against England in Wolverhampton on 14th June.

"All three of our group opponents are incredibly strong teams," Rossi continued. "We know all their players very well and played against England and Germany last year. At the same time, the two draws against them should not deceive anyone, because those were weaker results for them but outstanding for us.

We will only have a chance of a good performance if we play with almost perfect tactics and stay true to them throughout, and if we run much more than them and are as dilligent and motivated as possible. However, even this does not mean that we would secure an impressive result.

It may help us that the players playing for the English, German and Italian national teams have had long seasons, so they may be a little more tired than we are, but this can only be an advantage if we play the way I've just described, because these three national teams play at a much higher level than we do".

The Hungary national squad will gather together on 30th May, but those squad members who play their club football in their domestic OTP Bank Liga will train at Telki's national training centre from 23rd May.