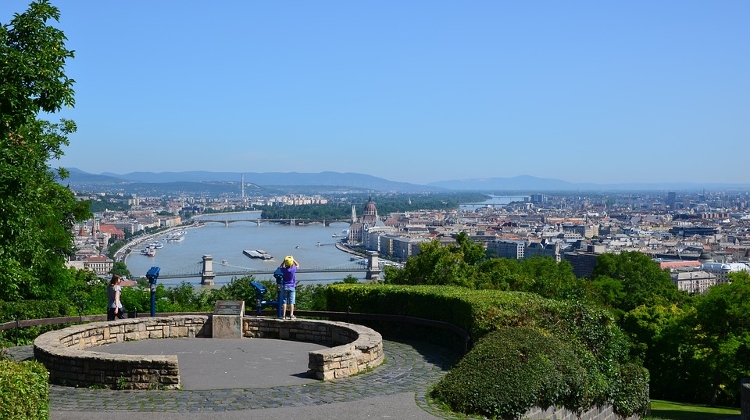 Explore the city of Budapest by bicycle, in boots on hiking trails, rowing or running.

Even though many would not immediately associate Budapest with bikes, Hungary’s capital is becoming more and more bicycle-friendly. There is a growing number of people who cycle to work, so the city operates a great public bike system and builds numerous new bikeways.

You can set out on a sightseeing tour by bike to explore the inner city “by the eyes of a local”, and even join a guided tour by bike. And if you get on a bike and set out on a tour by yourself, you can get to know the city at a leisurely pace, observing the details.

Riding a pedal carriage on Margaret Island requires teamwork and is a real adventure. This way, you can get around Margaret Island on four wheels. The land mass which once consisted of several islands, is one of Budapest’s green lungs.

Life has been going on here on the island for many centuries, starting from Saint Margaret to the writer residents of the Grand Hotel of Margaret Island and to Bauhaus architecture. If, after riding a pedal carriage, you do not feel tired, you may want to splash into the water of Palatinus Bath.

There’s no shame in running but it is a useful activity. Nowadays a runner does not turn heads or gets stared at in any city.

On the contrary… Budapest has some spectacular parts where you can combine running with sightseeing. Thus, for instance, you can see the most important landmarks of the city by running either on the Pest or the Buda bank of the Danube.

Nice running routes also await you. The most well-known one is situated on Margaret Island where you can cover laps in one of the most beautiful parts of Budapest, which is a 5 kilometre-long track, while marvelling at the modernist architecture of District 13, or Újlipótváros, and the spectacular sight of the Buda Hills.

In the Buda Hills, you can explore a different side of Budapest, hiking along hundreds of kilometres of hiking trails. The best way to approach the hills is by cog-wheel railway or chairlift. The former one takes you to Széchenyi Hill.

The latter arrives at the saddle of János-hegy, just a few metres under the highest point of Budapest. The national blue trail passes through Budapest but only touches on a relatively small part of the mountain. However, if you take the other waymarked trails, you can hike across the peaks from Erzsébet Lookout Tower on János Hill all the way to Guckler Károly Lookout Point on Hármashatár Hill.

Did you know that the cradle of Hungarian sailplane soaring rocked on Hármashatár Hill? Several monuments evoke the past, but the place still has an active aviation life. If you are at the right place at the right time, you may want to purchase a ticket to take flight on board a sailplane/glider or to try paragliding.

Buda Hills are one of the Hungarian regions with the most caves. Certain sections of the nearly one-hundred-kilometre-long cave system are also accessible for the public.

Rowing has been a significant activity in Budapest for over 100 years. There are boat rental services at several places along the Danube bank in the outskirts but the most classical one is Római-part. There you can rent a canoe, a kayak or double skulls from April to October and row along the Budapest part of the Szentendrei Danube Branch.