Giro D'Italia Gets Under Way in Budapest 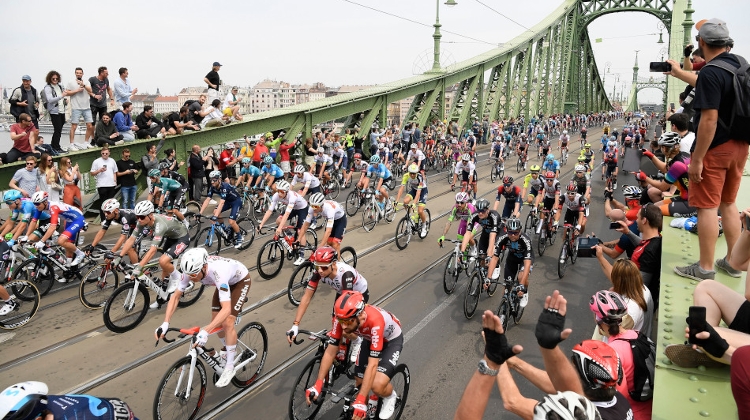 The 105th edition of the Giro d’Italia cycling race got under way from Budapest’s Heroes’ Square on Friday. Day one of the three-week race will see 176 riders from 22 teams cover 195 kilometres.

The first stage runs from Budapest to Visegrád through Székesfehérvár and Esztergom, giving riders an elevation change of 900 metres. The stage finish is expected between 5pm and 5.30pm.

Annual cycling race Giro d’Italia will set off from Budapest on Friday, with its first three stages taking place in Hungary.

The teams will be presented in a celebration in Heroes’ Square on Wednesday afternoon, while the actual race will start with a 195km stage via Székesféhervár and Esztergom to Visegrád on Friday, to be followed with a 9.2km time session in the heart of Budapest, from Heroes’ Square to Buda Castle, on Saturday.

The last stage in Hungary will start from Kaposvár, in south-western Hungary, on Sunday, with the cyclists covering 201km through Nagykanizsa, Badacsony and Tihany to Balatonfüred.

Hungary was to have hosted the “Grande Partenza” of the 2020 Giro d’Italia, but the race was postponed because of the pandemic.