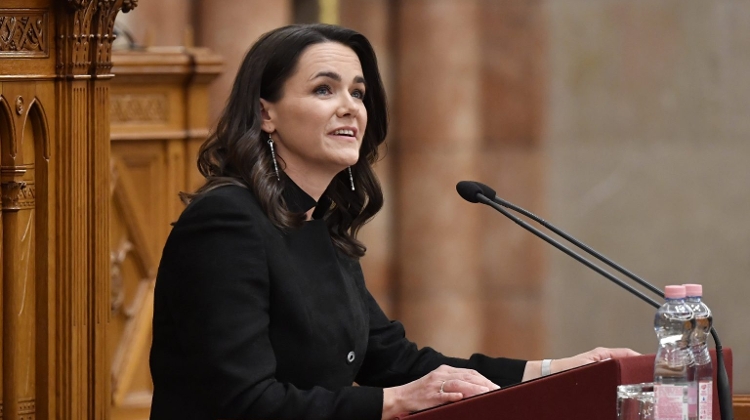 A pro-government commentator and his left-wing counterpart both note the new president’s fierce condemnation of ‘Putin’s aggression’ against Ukraine in her inaugural speech.

But they equally point out her remarks cautioning against sanctions, which she said would harm Hungarians more than Russia. What is welcomed by the former, however, is seen as a shortcoming by the latter.

In Magyar Nemzet, Ferenc Kiss welcomes the President’s ten points expressing her views on the war in Ukraine. Besides condemning the Russian aggression, he writes, it was equally important to hear from her that Hungary cannot accept measures that would cause more pain to its citizens than to Russia.

Kiss also appreciates President Novák’s expressed intention to serve the nation as a whole, not just the government side, as well as to care for the poor.

By contrast, Népszava’s Gábor Horváth believes that rather than representing the unity of the nation, as written in the Constitution, President Novák ‘is just a bouquet of flowers on PM Orbán’s hat’. He admits that she condemned the Russian aggression more resolutely than other government officials, and expresses his appreciation for her remark that far from being neutral in this war, Hungary takes the side of the victims and of justice.

However, Horváth claims that Ms Novák ‘extinguished’ those words by adding that ‘this is not our war, although it is being fought against us as well’.