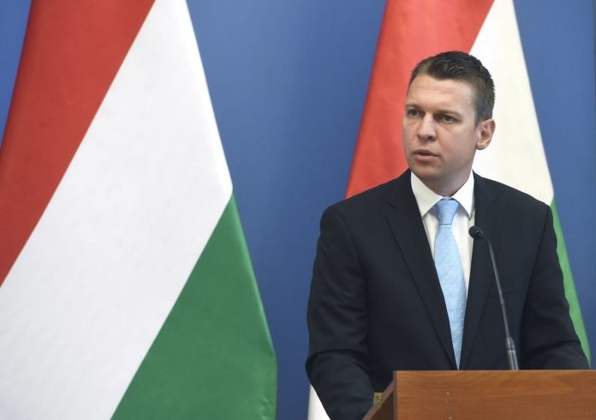 A recent remark by an adviser to Ukraine’s energy minister concerning the Friendship oil pipeline are “shocking and unacceptable”, a foreign ministry official has said.

Tamás Menczer, state secretary in charge of foreign relations, said on Facebook that he had held talks with Ukraine’s ambassador to Budapest, and noted that Hungary is helping everyone in need, and the adviser’s remark that “something” might “happen” to the pipeline were “unacceptable”.

Since the start of the war in Ukraine, Hungary has been carrying out the largest humanitarian action in its history, with some 720,000 refugees having arrived so far and everyone offered food and shelter, the state helping children to get education and parents to get work, Menczer said.

The total amount of aid shipments sent to Ukraine so far stands close to 2,000 tonnes, he added.

At a donor conference in Warsaw, Foreign Minister Péter Szijjártó presented a five-point aid proposal whereby Hungary is ready to rebuild hospitals and schools in Ukraine and to supply mobile homes, he said.

Scholarships have been offered to Ukrainian students, and Hungary is ready to provide medical services to injured Ukrainian soldiers and special treatment to 130 Ukrainian children, he added.

In the event of a disruption to the Friendship oil pipeline, not only would Hungary’s oil supply suffer but there would be “grave consequences” for the entire region, including Ukraine, according to an energy analyst for think-tank Századvég.

An adviser to Ukraine’s energy minister recently warned that “something could happen” to the pipeline “at any time”.

Olivér Hortay said in an interview to public radio that Ukraine would lose transit revenues and major energy transit resources. He noted that Ukrainian politicians were intent on forcing the European Union, including Hungary, to block Russian energy exports, adding that an embargo would prove counterproductive and even serve to boost Russia’s sales revenues. Households in the European Union, meanwhile, faced growing economic harm, and an embargo would result in even more drastic price increases, he added.

Hortay said Hungary had notched up a big win by blocking the EU from discussing a sixth sanctions package at the EU summit, adding that it was in the fundamental interest of both Hungary and the EU as a whole to ditch the embargo proposal once and for all.