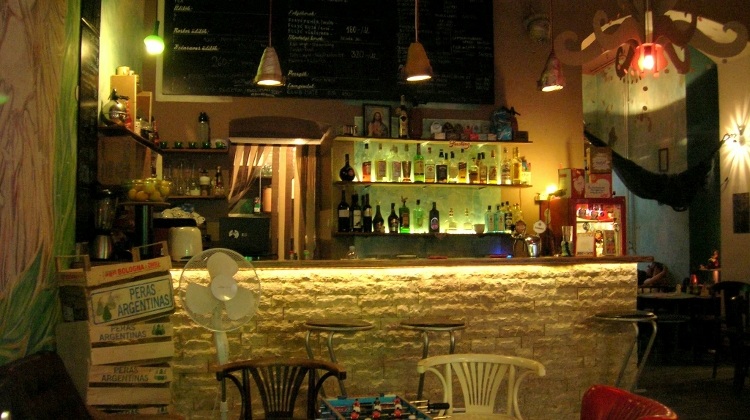 Best known for its ruin bars, Budapest’s Jewish Quarter, District VII, is also where to find bohemian hangouts similar in approach to alternative bars in Shoreditch or Oberkampf in Paris.

The décor isn't elaborate, the music is discerning and counter service is the norm. The prime contrast, though, with ruin bars is in the clientele.

It’s not only the arty, off-beat crowd but the fact that the majority is Hungarian. If you want a night out in Budapest without having to rub shoulders with the kind of people you’d avoid at home, here’s where to do it.

The chalkboard drinks menu behind the counter almost the size of the bar itself, the Dzzs Bár is one of those classic, late-opening Budapest cubbyholes you always seem to stumble into at silly o’clock on some bar crawl and never be able to find again.

As and when you do (it’s next door to the Massolit bookstore, if that helps), you might remember the bizarre art, the sassy staff and the thrown-together furniture.

Actually, that could describe 20 other places within a ten-minute radius but here you’ll be sharing bar space with an installation artist or a struggling songwriter. Btw, it’s pronounced Zhezzz, the word ‘jazz’ in Hungarian as if spoken with a mouthful of bumble bees. 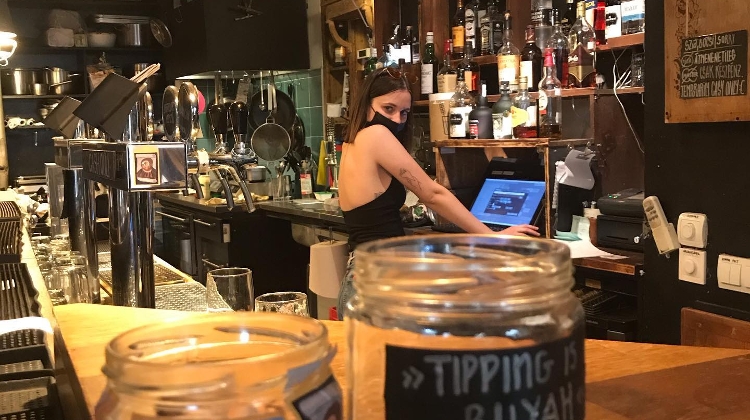 The name here translates as ‘Black Dog’ but don’t fret, Bonzo won’t be pounding out some Led Zep standard as you walk in. Fekete Kutya is in the eye of the hurricane as far as the Budapest bar vortex is concerned but somehow rarely attracts swarms of stag party neanderthals from Market Harborough.

It could be that its location within a small arcade offers it some kind of immunity. Bar space is still at a premium, however, but you might find a little table to yourself amid the arty posters and drawings. If you’re here earlier in the evening, the regularly changing menu should offer something decent and meat-free. 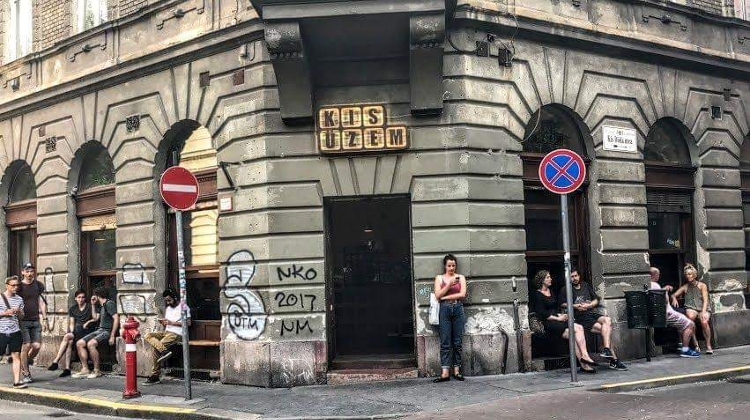 On the corner of Klauzál tér, ‘The Little Factory’ does have a slightly industrial feel but otherwise strikes a nice balance between balls-out alternative and a slightly edgy place to test the water on a first date. As opposed to its many counterparts nearby, the Kisüzem opens at noon and offers an excellent if concise daily menu.

A corner-building setting suits the mainly chain-smoking crowd, who pass much of the time chatting on the pavement within half a step of the huge open windows. Often the first port of call on any night out or, given the 3am closing at weekends, the last place before the long stagger home. 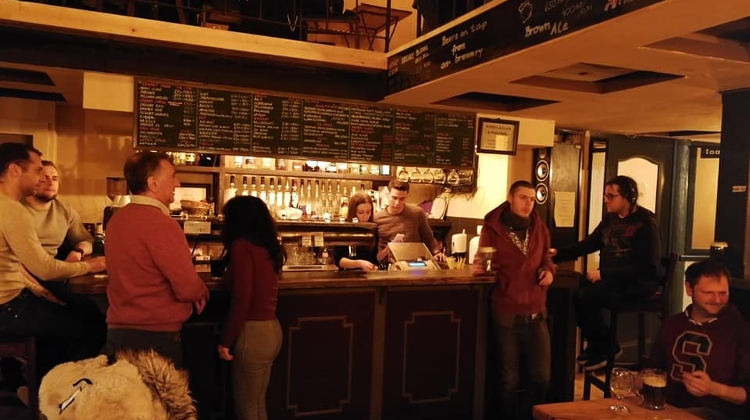 For an impressively long time, Krimó has welcomed the overflow of Hungarians crowded out by the mass of foreigners at Szimpla Kert a few steps away. As such, it gained its own little crowd of regulars, delighted to find affordable Arany Ászok on tap, the beer favoured by delivery men and plumbers across the land.

Esoteric art brightens the walls, some of it half-decent, and lends an alternative touch to what is essentially an honest, hard-drinking hideaway in a sea of loud foreigners on the razz. 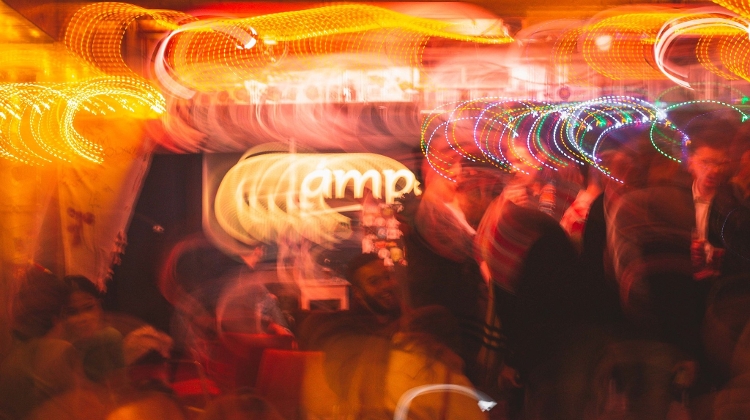 Flying the flag for bohemia for the best part of 20 years, Lámpás is the kind of place that traditionally stays open on Christmas Eve after the entire city has shut up shop to stay indoors. Live music – jazz, rock, blues – is a regular fixture, as is the chatty ambience around the zigzag cellar space.

The contrast with the mainstream hubbub filling the commerce-oriented venues lining the Gozsdu Udvar opposite could not be more striking. The spirits list is long and surprisingly discerning, Matusalem rum, Żubrówka bison grass vodka and Maker’s Mark bourbon sharing shelf space. 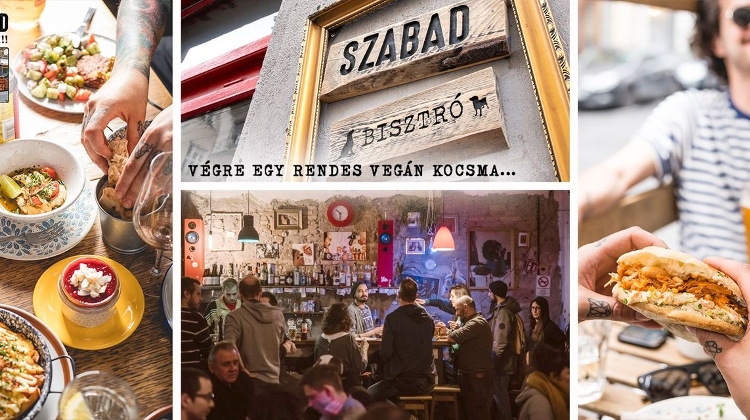 Szabad (‘Free’) here refers not to the laid-back atmosphere or relaxed approach, although those it has in spades, but to the fact that this is a vegan gastro pub, its soups, main dishes and bar snacks free of meat or dairy products. Care has also been taken over the choice of draught beer,

Primátor from Náchod in the Czech Republic, plus a regularly changing alternative, along with Budapest craft brews Fehér Nyúl and Mad Scientist's Popstar by the bottle. Alternative photography covers the bare walls.

Furniture is Budapest-standard basic. Benches outside overlook the pavement and double up as terrace tables, with just enough room for two backsides and a chessboard. 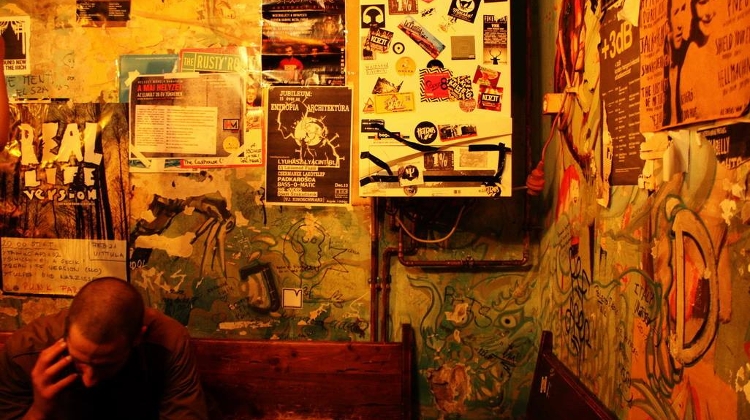 If Jennifer Lawrence was ever going to get into a bar fight in Budapest, it would have to be amid the hallowed grunge of the Vittula. Opened by a likeable flake from the UK back in 2004, it has stood the test of time though had its heyday around 2008 when the bar crew were straight out of a Jim Jarmusch film and recherché rockabilly filled the air.

Oxygen, actually, is always at a premium on busier nights, when this cellar space is full to bursting and pushing your way to the toilets seems a forlorn dream. A younger Hungarian crowd later began to frequent the place, when the music took a turn for the worse – third-rate rap, unnecessary rock – but since they moved on, Vittula has hit a happy medium, attracting malcontents around the bar to yack and flirt.

Such was its purpose when unveiled nearly 20 years ago, though no-one has yet managed to confirm that its name is actually taken from the collective noun in Finnish for the c word. Maybe, like Jennifer Lawrence, it’s all just urban myth.