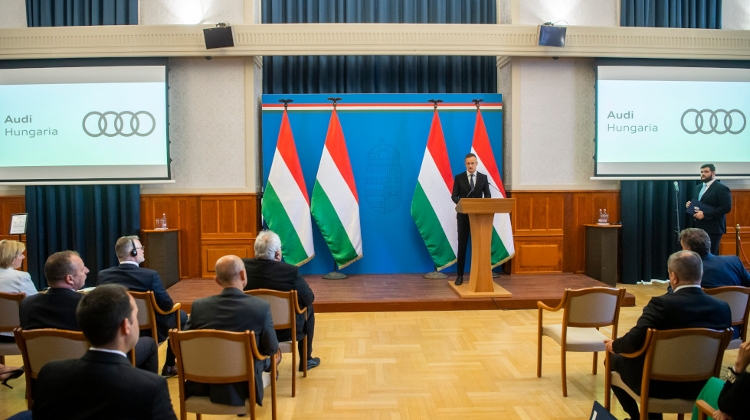 The investment, which is supported by an 8.5 billion forint government grant, will create 500 jobs, he said, adding that production is slated to start in 2025.

The plant will turn out multiple parts for innovative MEB ECO electric motors designed for smaller Volkswagen Group vehicles, he said. In his speech at the event, Szijjártó said car manufacturing had developed by leaps and bounds in the past twelve years in Hungary, becoming the “backbone of the Hungarian economy”.

With 90% of production exported, Hungary is the 20th biggest car exporter in the world, he said. Audi is one of the largest players in the field, employing 13,000 Hungarians and ensuring livelihoods for some 25,000 families, he said.

Audi, which turned out a record 171,000 cars in Hungary last year, has aided Hungary’s government in “a revolutionary transition of the automotive sector” by starting the mass production of electric motors in 2018, he said.

German investors employ some 300,000 people in Hungary, and bilateral trade between the two countries has reached a record 60 billion euros, he said.