Construction Sector Output Slows to a Crawl in Hungary 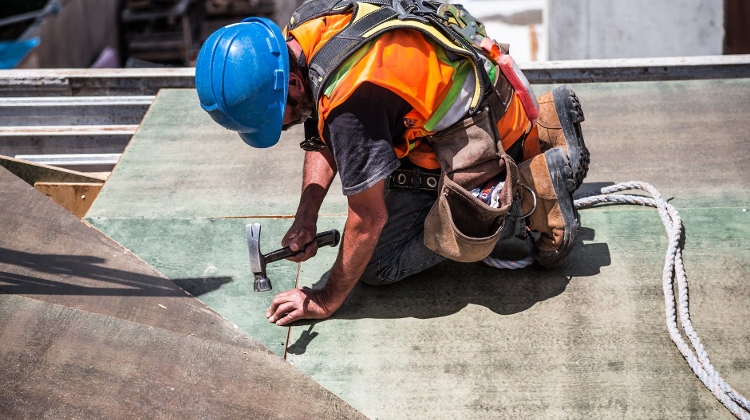 Output of Hungary’s construction sector rose by an annual 3.2% in April, slowing from double-digit growth in the previous couple of months, the Central Statistical Office (KSH) said on Wednesday.

Output of the buildings segment edged down 1.2%, while civil engineering output increased by 11.4%. In absolute terms, construction sector output was worth 426.8 billion forints in April.

The buildings segment accounted for 58% of the total. Month on month, construction sector output dropped by 5.9%, adjusted for seasonal and working-day effects.

Noting the slowdown and signs of supply problems, Magyar Bankholding analyst András Horváth nevertheless warned against reading into 1-2 months of data from such a volatile branch of the economy.

Full-year growth, he added, was likely to arrive at more than 10%, supported by home construction and renovation and a backlog of state orders.

Contract values are at record highs, Horváth said, though the revaluation of existing contracts may have a large part to play in this. In the spring, contractors expected a rise in costs of 10%, and now 25%-plus is likely, he added.