How Much Do Motorists Actually Save Due to Price Caps in Hungary? 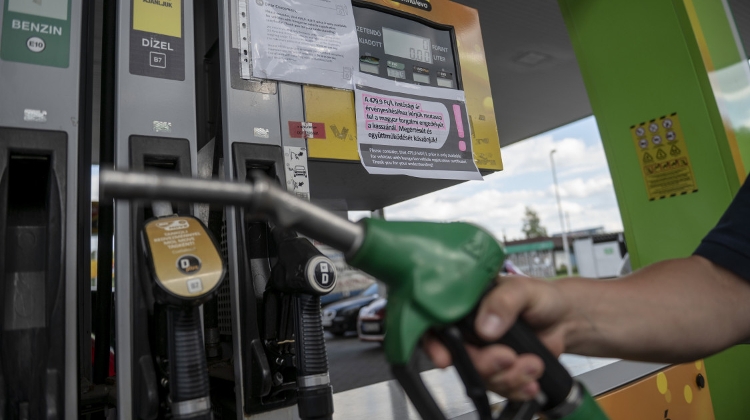 The extended government price caps on vehicle fuel will save Hungarian households an average of 21,000 forints (EUR 53.10) in June, think-tank Századvég said on Friday.

Average car users, or some 40% of all motorists, save 13,000 forints a month thanks to the price caps, Századvég said in a statement.

Those who fill up their tanks once a month can save 4,800 forints, but they account for just 20% of car users, the think-tank added. Meanwhile, those who use their cars often or all the time also account for 20% each.

Motorists who buy the most fuel can save about 50,000 forints a month through the measure.

The average 21,000 forint save is calculated with an average consumption of 76 litres of fuel, they added.

At market prices, one litre of petrol would cost 768 forints and diesel 751 forints. The price caps help around 5.5 million people in Hungary, Századvég said.

Fuel supplies in Hungary are still secure, the ministry of technology and industry (TIM) said on Saturday.

Despite the shutdown of Austria’s Schwechat oil refinery, which has lasted longer than initially anticipated, there are no supply problems in Hungary, and domestic fuel production and reserves are sufficient to cater to domestic needs, the ministry said in a statement.

The government’s chief aim is to ensure the provision of affordable fuel at all times, and the cap on fuel at the pump introduced last November means that Hungarians pay the lowest price for fuel in the whole of Europe, the statement added.

According to press reports, industry insiders said the OMV refinery in Schwechat could not be restarted after a shutdown for regular maintenance, with potential supply issues: OMV’s forecourts in Hungary have had to close.

Business daily Világgazdaság said Hungarian oil and gas company MOL would not be able to make up for the shortage.