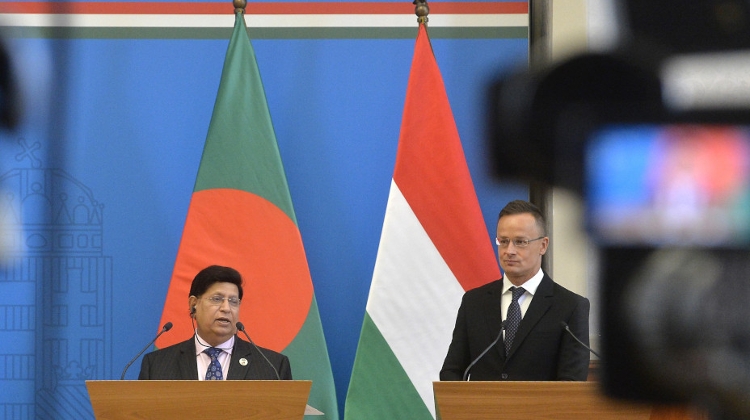 Hungary and Bangladesh are intensifying nuclear energy cooperation, Péter Szijjártó, the minister of foreign affairs and trade, said after meeting his Bangladeshi counterpart in Budapest.

At a joint press conference with AK Abdul Momen, Szijjártó noted the new nuclear power plant being built in Bangladesh involves the same type of reactors as those being installed in Hungary’s expanded Paks nuclear plant by the same contractor, and given the importance of the investment, developing international nuclear industry cooperation was a top priority.

The minister announced the signing of a nuclear training agreement, which provides thirty Hungarian higher-education scholarships to Bangladeshi students per year, initially reserved for burgeoning nuclear professionals. Also, the agreement relates to sharing knowledge and experiences related to nuclear power plant construction with a view to speeding up the Paks investment.

The first Bangladeshi reactor will be operational in 2023, while the second will go online in 2024, he noted, adding that sharing of experiences with regard to construction and operations was highly important. Szijjártó said the Paks construction must be completed by 2030.

“We’re striving to ensure the supply of energy in the long term, and the best and most efficient way to achieve that is by boosting our own nuclear capacity,” he said.

The government has opened a consular office in Dhaka, he noted, adding that trade cooperation was growing fast, with Hungarian-Bangladeshi trade volume increasing by 40% last year.

The Bangladeshi minister praised bilateral ties, adding that political stability in both Bangladesh and Hungary had helped to advance economic developments. He also thanked the Budapest government for donating coronavirus vaccines.