Trade Deficit at 475 Million Euro This April in Hungary 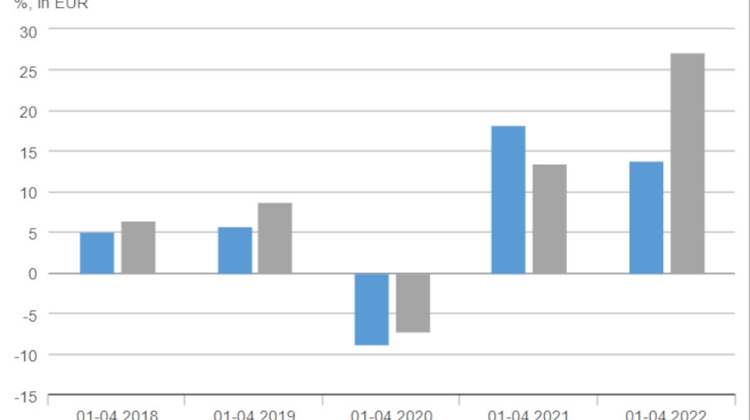 Hungary’s trade balance showed a 475 million euro deficit in April, the Central Statistical Office (KSH) said in a first reading of data. Hungary had a trade deficit for the tenth month in a row, KSH said.

Magyar Bankholding analyst Gergely Suppan said that with growing investments and consumption the foreign trade balance was expected to deteriorate further, but in the second half of the year it could stabilise with the easing of the global chip shortage and new production capacities coming online.

Because of the war in Ukraine, the trade balance may end up being negative for this year, after a 1.9 billion euro surplus in 2021, he added.

Századvég chief macro analyst Gábor Regős said the weakness of the automotive sector was proving to be a drag on export growth, while also noting that consumption and investments are boosting imports.