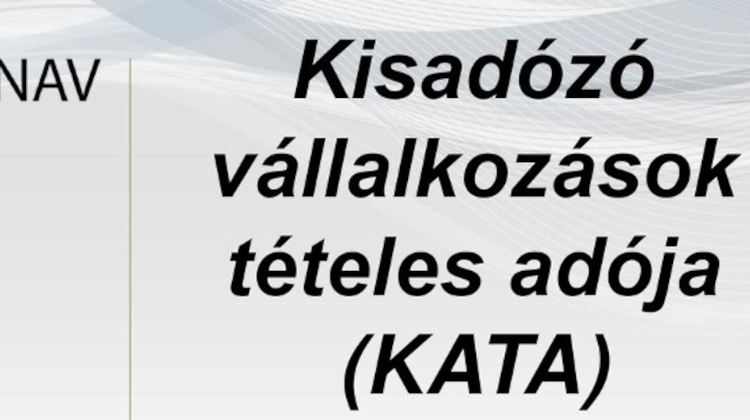 The government has submitted a bill to lawmakers that would restrict the Itemised Tax for Small Businesses (KATA) to sole proprietors.

The bill aims to crack down on unscrupulous employers who force their employees to declare themselves KATA taxpayers to avoid making payroll contributions, according to the reasoning for the proposed legislation.

The bill aims to prevent an “attractive taxation alternative for the smallest taxpayers who are genuinely involved in entrepreneurial activities”, the authors said, adding that KATA had originally targeted that group of people, but data and business chamber feedback indicate abuse.

“The new KATA eliminates abuse, while offering favourable conditions to the smallest businesses,” the authors said.

The bill would also raise the annual income threshold for eligible taxpayers from 12 million forints to 18 million. Income over the threshold would be taxed at a rate of 40%.

KATA taxpayers pay a flat monthly 50,000 forints instead of corporate or payroll tax. Lawmakers will vote on the bill in an expedited procedure on Tuesday.