Is EU 'Big Loser' Due to War In Ukraine? 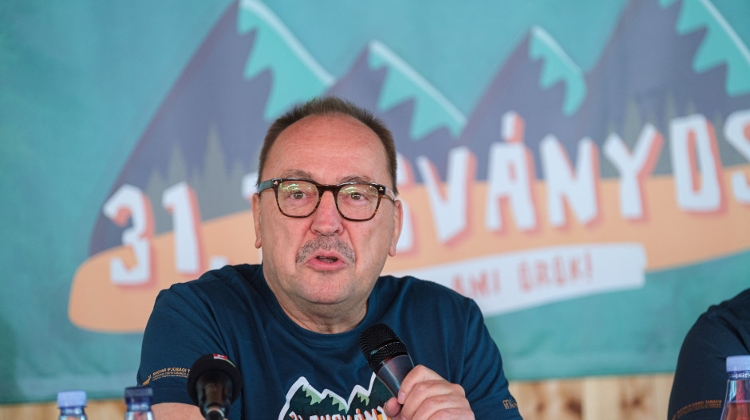 All signs suggest that the European Union is “an extremely big loser” as a result of the war in Ukraine, Zsolt Németh, the head of Hungarian parliament’s foreign affairs committee, said at the 31st Bálványos Summer University in Băile Tușnad (Tusnádfürdő), central Romania, on Wednesday.

Addressing a panel discussion on the war in the context of central and eastern Europe, Németh noted the battered euro, inflation and soaring energy prices, as well as “chaos in international diplomacy”.

“In this situation, central European countries — including Hungarian-Polish relations — are being subjected to a very serious test of their strength,” Németh said, adding that countries of the region would remain strong only if they cooperated and represented their interests together.

Németh also talked about the media’s role in maintaining central Europe’s unity, weapon deliveries to Ukraine and sanctions against Russia in the context of Hungary-Poland ties.

“Today, the media has mounted an attack on Hungarian-Polish friendship as part of hybrid warfare,” Németh said.

He insisted Poland was portrayed as “America’s friend” in Hungarian media, while Hungary was described in Poland as “Russia’s friend”.

“However, the media is free in both countries, freer than in many western European nations,” he said.

As regards weapon deliveries, Németh said Hungary and Poland had opposing stances on the issue. Poland is helping the victim, Ukraine, by sending weapons whereas Hungary is “pursuing an active peace policy” in a bid to maintain peace in the Transcarpathia region, he said.

Hungary and Poland have similarly diverging views regarding sanctions against Russia, Németh said. Hungary’s position is that sanctions will yield results only after months, or even years, while the effects of the war in Ukraine are already felt across the European continent, he said.

Németh said there was no difference of opinion between Hungary and Poland on strategic goals and the direction central Europe should go. “Our common objective is to create an independent Ukraine which is part of the European Union and is integrated in the region,” he said.

“To achieve that goal, peace must be brokered as soon as possible and a ceasefire must be reached,” he said.