Forint Strengthens After New Base Rate Hike Up to 9.75% 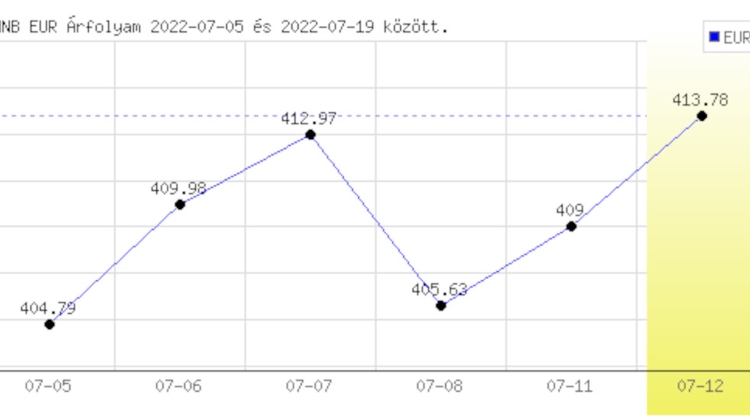 The forint strengthened to around 410.30 to the euro shortly after the central bank raised the base rate by 200 basis points on Tuesday.

At the end of June, the central bank raised its base rate by 185 basis points to 7.75%, while last Thursday, the bank raised the one-week deposit rate by 200 basis points in response a new record low the previous day.

Hungarian rate-setters raised the central bank’s base rate by 200 basis points, to 9.75%, at an extraordinary meeting on Tuesday.

The forint traded at 410.59 to the euro around 15 minutes after the decision was announced, firming from 412.18 a little before 1pm.

National Bank of Hungary deputy governor Barnabás Virág said after the meeting that continued rising inflation and prolonged inflation risks made it necessary to continue the base-rate tightening cycle.

The NBH continuously monitors developments in financial market risks and stands ready to intervene in a decisive manner using every instrument in its monetary policy toolkit, if necessary, Virág said.

In the interest of mitigating second-round inflation risks, maintaining tighter monetary conditions for a longer period of time is warranted, he added.