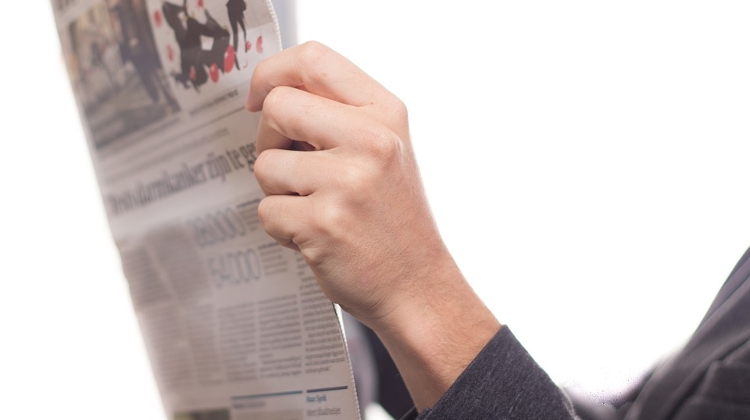 Weeklies across the political spectrum ponder the causes and possible remedies of steep inflation and the weak Forint.

In Magyar Demokrata, Sándor Szarka blames the drastic weakening of the Forint on European Union pressure on Hungary and speculation against the Hungarian currency.

Szarka recalls that the Hungarian Forint weakened to 416 to the Euro last week, a historical low, from 360 in March, and lost far more than other regional currencies. The war in Ukraine and resulting energy crisis do not fully explain the Forint’s plight, Szarka contends.

He goes on to speculate that what he calls the European Union’s hostile behaviour and ‘economic struggle’ (procedures against Hungary and the suspension of the country’s access to EU funds) encourage speculators to bet against the Forint.

He is optimistic, nonetheless, that following the Hungarian government’s recent gestures, indicating its willingness to meet EU requirements to access EU funding, will soon stabilize the Forint.

According to Heti Világgazdaság Hungary may soon face a crisis resembling that of the Turkish lira or various South American currencies, compounded by an inflation crisis, unless the government makes a U-turn.

The weekly admits that the government has announced huge spending cuts, but at the same time, it will spend a lot more on communications, the military and sports. Taken all together, Heti Világgazdaság is less than confident that the government is committed to revising its economic path, despite high inflation and the weakening of the Forint.

In an interview with Magyar Hang, the economist András Inotai deems it likely that the government’s recent restrictions and tax hikes will further fuel inflation. He thinks that the government’s decision to limit access to subsidized household energy indicates that the budget is in complete ruin, in the absence of EU funding.

Inotai speculates that the austerity measures recently announced may lead to the swift decline of the government’s popularity. He suspects, however, that the government would behave like Latin American authoritarian regimes, to stay in power even if their public support dissipates.

In Élet és Irodalom, István Tömpe blames high inflation on the government’s spending spree before the April Parliamentary election. The liberal columnist acknowledges that external factors also contribute to inflation, but sees the loose fiscal and monetary approach of the government and National Bank as the main explanation of skyrocketing prices.

As Hungary’s access to EU funding is suspended, the government has run out of sources, and Hungarian families as well as companies impacted by price controls are facing huge economic difficulties, Tömpe contends. He adds that Hungary is unlikely to catch up with Western Europe any time soon.

He also finds it sad that the opposition cannot use the opportunity and instead of sending strong and convincing messages to voters, still spar with each other and try to outbid the government’s social welfare promises.

On Mandiner, Géza Sebestény, analyst of the pro-government think tank Matthias Corvinus Collegium predicts that the inflation rate will further increase when price caps are abolished.

He contends that the inflation rate spike after the termination of price controls is clear proof that price limits, and most importantly the price cap on fuel, significantly help Hungarian families as long as they are in place, and prove wrong their critics who claim that they are of no use.

A left-wing columnist sees the decision to limit access to subsidized household energy supplies as a necessary adjustment, but finds the way it is implemented unfair. A pro-government commentator believes that the adjustments will strengthen Hungary’s energy security and ensure that most families will still have access to cheap heating gas and electric power.

Népszava’s István Marnitz acknowledges that the government’s decision to limit access to subsidized energy  is a reasonable adjustment necessitated by skyrocketing energy prices. In the left-wing commentator’s calculation, if unrestricted energy price caps are maintained, the government will have to spend thousands of billions of forints a year to compensates utility providers.

Marnitz, however, still finds the government’s decision controversial and unjust. He recalls that even weeks before its introduction, the government blasted opposition parties for daring to suggest that energy price subsidies are unsustainable in their current form.

Marnitz also takes it for granted that the government underestimates the number of households impacted, and more then 25 per cent will actually need to shoulder far higher energy costs. He concludes by wondering if this adjustment of energy prices will mark the beginning of the end of Fidesz popularity.

In Magyar Nemzet, Levente Sitkei writes that Hungarian families will still have access to cheap energy. The pro-government commentator claims that the adjustment to the energy price cap policy was necessitated by Europe’s energy crisis, but even after the restrictions, the government will provide cheap energy for those families that need it most.

Opposition parties, he maintains, suggested that the energy price caps should be abolished altogether and everyone should pay market prices. This, Marnitz concludes, would have resulted in drastically higher utility costs.

A middle-of-the-road economic analyst thinks that the government decision to limit access to cheap, subsidized household energy will further increase the inflation rate and make a recession more likely.

On 13 July, the government announced that Hungary needs to prepare for an energy emergency. As part of the emergency measures, energy price subsidies will be restricted.

Household electricity and heating gas will be subsided up to the average consumption level. Families who use more than the average household will pay market prices which are 7 to 8 times higher than subsidized prices. Families with three or more children will get higher subsidized quotas.

On Portfolio, Gergely Csiki interprets the drastic cut of energy price subsidies as an admission that Hungary is facing an extreme challenge. The centrist economic analyst recalls that the government has announced huge spending cuts and tax hikes to stabilize the economy.

The cut in energy subsidies indicates that the government is willing to abandon policies that were central to the it’s political message  – the so-called ‘rezsi-csökkentes’ or cut in utility prices, with which it won the last three elections.

He predicts that higher energy prices will further increase inflation as well as the likelihood of a recession.