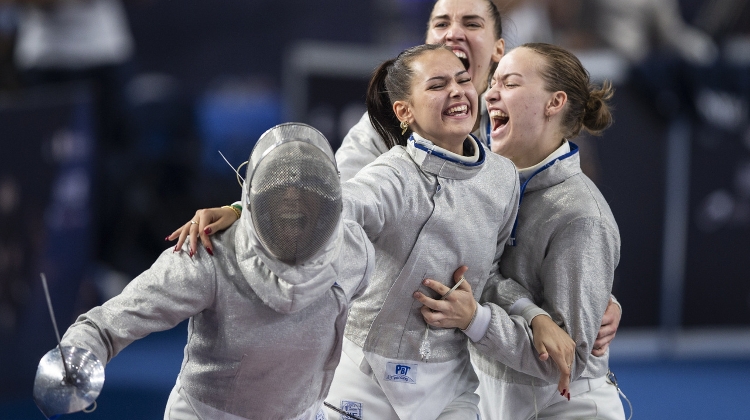 The Hungarian women’s sabre team won the gold medal at the world fencing championships for the first time in history.

The team defeated France 45-40 in the final in Cairo on Saturday.