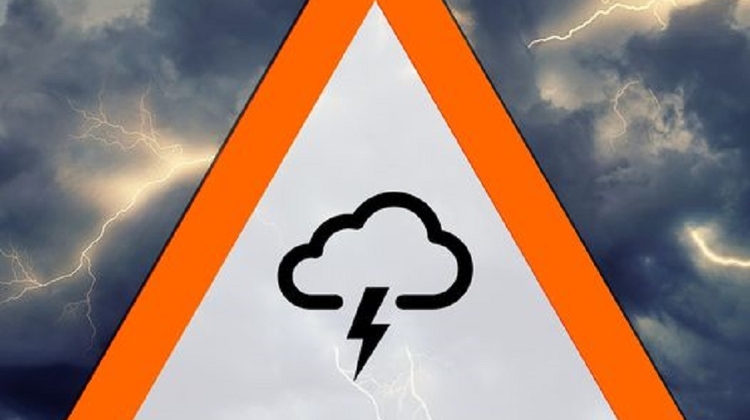 There is a good chance that the August 20 fireworks display will be washed out by rain, and possibly thunderstorms, according to the National Meteorological Service.

Forecasters say rain is likely in the morning, while thunderstorms may occur in the late afternoon and evening in Budapest as a cold front moves in.

Weather permitting, the fireworks display, scheduled to start at 9 p.m., will be the result of more than 40,000 rockets launched from seven locations, including the Szabadság bridge, the Erzsébet bridge and barges on the Danube.

The fireworks display will be 4.5km long, with music, light shows and drone play.

Official festivities begin at 9 a.m. with a one-hour aerial parade over the Danube.

All types of military aircraft will take part in the show, in addition to helicopters and Gripen fighter jets, and training and passenger aircraft will also be on display.

In the Várkert Bazaar, the Street of Hungarian Flavours, considered the gastronomic centre of St. István Day events, will be open again this year.

A highlight will be the winning entry in the annual contest to invent a new cake. The winner created by a pastry shop in Nagykőrös, is called the Naughty Plum Prince.

Some 40,000-50,000 slices will be available, said Balázs Erdélyi, president of the Hungarian Confectionery Industry Board.

Hundreds of performances and displays have been arranged for celebrants at more than 20 locations in the capital, starting on Thursday night.

A mobile phone app to help visitors locate events and find their way around can be downloaded from www.szentistvannap.hu.

A task force responsible for the safe conduct of the national holiday has been regularly meeting since June, the Government Information Centre said in a statement.

A working group specifically dealing with the weather was formed on Thursday, it added, to continuously monitor developments in the weather and, if necessary, decide on necessary steps to assure safety at the event.

20 August Air Parade in Budapest Cancelled Due to Weather Forecast