Top 5 Most Unusual Buildings in Budapest 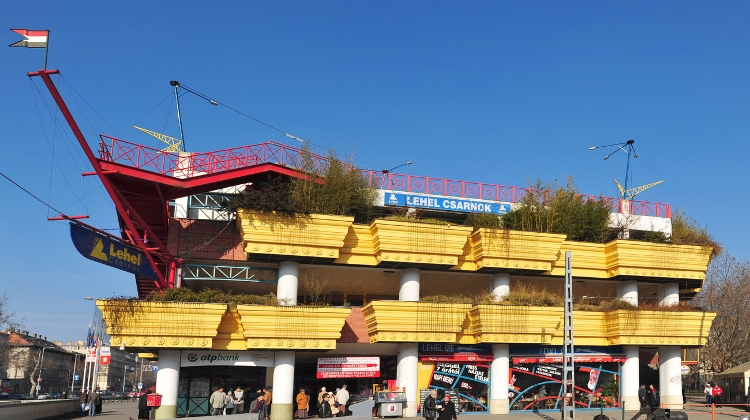 Budapest is not all Baroque but it is quite uniform. If you just want to look at pretty façades, historic palaces or majolica-tiled buildings, there are plenty of options.

However, for unusual shapes, strange materials and medieval settings, you need to know where to find what you’re looking for. Here are five bizarre examples! 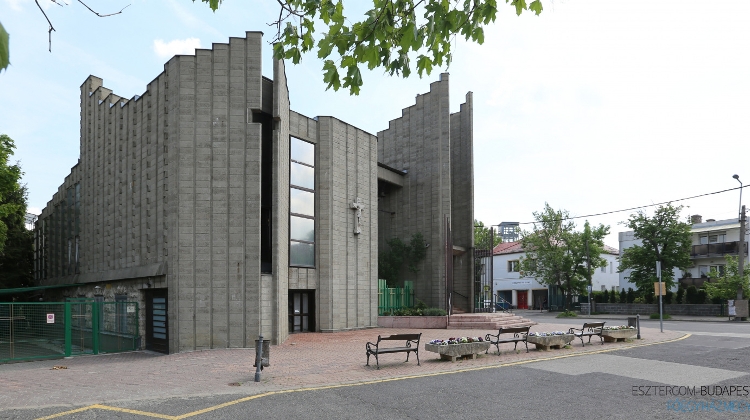 The name of István Szabó is a familiar one in many architectural circles, although he designed quite different, often downright astonishing buildings. Such is All Saints’ Church in Farkasréti which, despite being a sacred building, instils fear in passers-by.

At first glance, it could be a set of a horror film from which zombies might emerge at any moment, or gates in a Tolkien novel. Incidentally, the church, completed in the late 1970s, was the first sacral building in the capital to be erected during Communism. 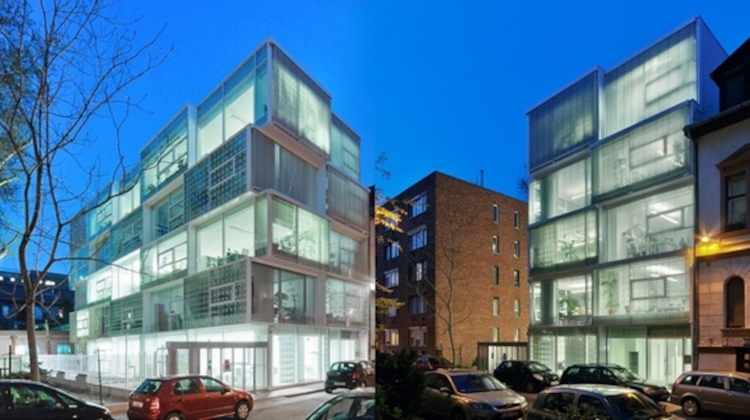 What is a full high-tech building doing, sat between cute Baroque and historic houses in Buda’s age-old Víziváros beneath Castle Hill? This unusual house is one of our favourite contemporary buildings because it has a lot of extraordinary elements.

At first, it’s not easy to understand why it was necessary to give this office block such a strange shape, not to mention that the dotted decoration of the windows doesn’t help if you actually want to look through them. But if you go in closer, there are lots of cool tiny details.

The shifted walls here and there make the whole thing look like it's in constant motion and, on the other hand, you can play with the idea of how they built it here.

Lehel Market Hall was designed by László Rajk, radical son of the Communist minister who was executed after a show trial in 1949.

A political activist during the 1980s, his offspring of the same name was a trained architect responsible for a number of memorials and museums.

The strangest, and probably the most bizarre building in all Budapest, is Lehel Market Hall. It’s not clear whether he meant it as a joke – certainly, when it was built, in the early 2000s, Rajk’s great pal Gábor Demszky was still mayor of the city, and would have signed off on it.

On the site of the original Lehel tér market, it features a steel frame in honour of its predecessor. The plants at the tops of the columns refer to the sycamore trees that once stood here. The incongruous mix of colours, shapes and materials is actually a beautiful example of Hungarian postmodern architecture, although most locals see it as messy kitsch.

Its nickname of Kofahajó is a marriage of two concepts: a kofa was an old peasant woman who would bark to everyone within earshot about the quality and affordability of her wares, often getting into slanging matches with her equally loud rivals.

A hajó is a ship, this therefore being a vessel full of shouty peasant women. Rajk also made his name in set designs, working on Hungary’s most recent Oscar winner, Son of Saul. 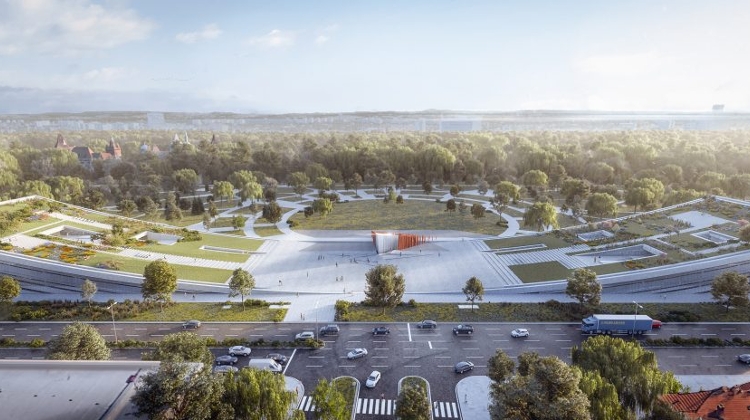 It can be said that the newly opened Museum of Ethnography is more like a giant skateboard park rather than a museum or even entrance to City Park, partly why it was created. But instead of just skateboarders, there are plants and people on top.

The building, designed by Marcel Ferencz, looks cool, with the huge added advantage is that you can now walk onto a roof garden instead of the former concrete car park.

Anyone interested in what’s actually behind the metal lattice façade will be able to take a stroll inside, and see the Ceramics Space exhibition for free. For more details, see our recent feature. 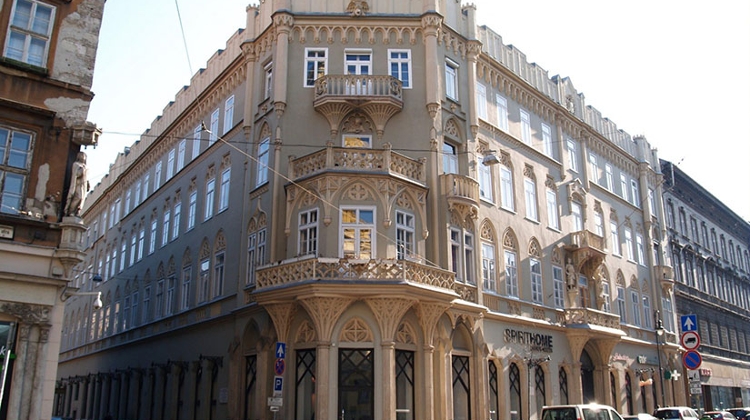 In the age of Eclecticism and Historicism, dragons, pointed arched windows and Gothic motifs were fashionable, and one of the most exciting examples can be found on the corner of Király and Csányi utca. Hussars and a dragon guard Pekáry House, which would have been an unusual sight even in the mid-1800s.

It’s not just its Gothic appearance but its height, three storeys, towering above other buildings nearby. The Deputy Captain of Pest, Imre Pekáry, responsible for law and order back then, was not shy about making his presence felt – there’s even his monogram on the iron railings of the staircase. The great Budapest novelist, Gyula Krúdy, lived here with his wife Arabella Spiegler, and included the house in several of his stories.

Arabella, who published her own short stories under the strange pseudonym of Satanella, was the daughter of Sámuel Gyula Spiegler, a philosophers and rabbinical educators, who set up a Jewish association here.

During World War II, nearly a hundred Polish and Czech Jewish refugees were hidden and provided with counterfeit papers at the house.