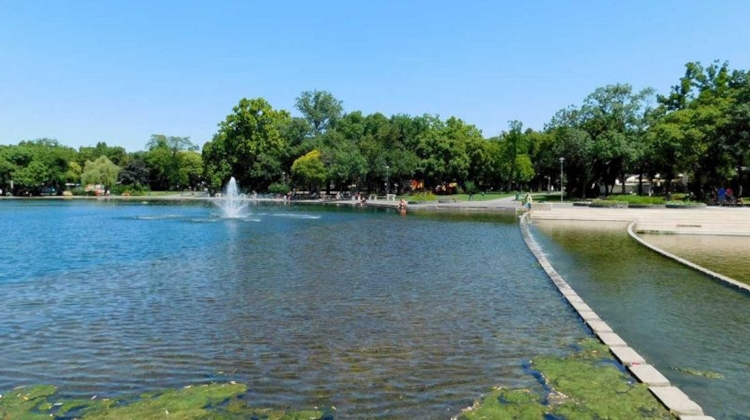 Where better to relax on a summer’s day than beside a pretty lake? Cooling off by the water, reading a favourite book, you can be in the city and still feel like you’re at the beach. Our selection of eight great lakes includes a popular one in City Park, an idyllic one on Margaret Island and a little-known one deep in Kőbánya. 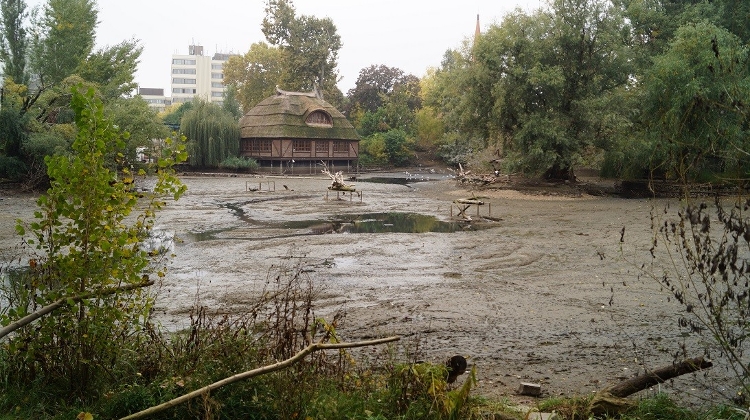 The Great Lake at Budapest Zoo, with its white wrought-iron chairs, evokes the early 1900s. This is no surprise given that it was designed by the same engineer, Ferenc Reitter, who created the Palm House alongside, shortly after the zoo opened in 1866.

He was also responsible for the Danube embankment in town and the Pest canal network, and even proposed a navigable canal instead of today’s tram-lined Nagykörút. The lake was remodelled in 1909 and later a promenade was built on its south-eastern part.

The same processes take place here as they do in natural lakes, with sediment formation – it could even fill itself if the water were not drained every few years and the bed cleaned. The Great Lake is home to pond slider turtles, carp, bighead and grass carp and many waterfowl live around it. 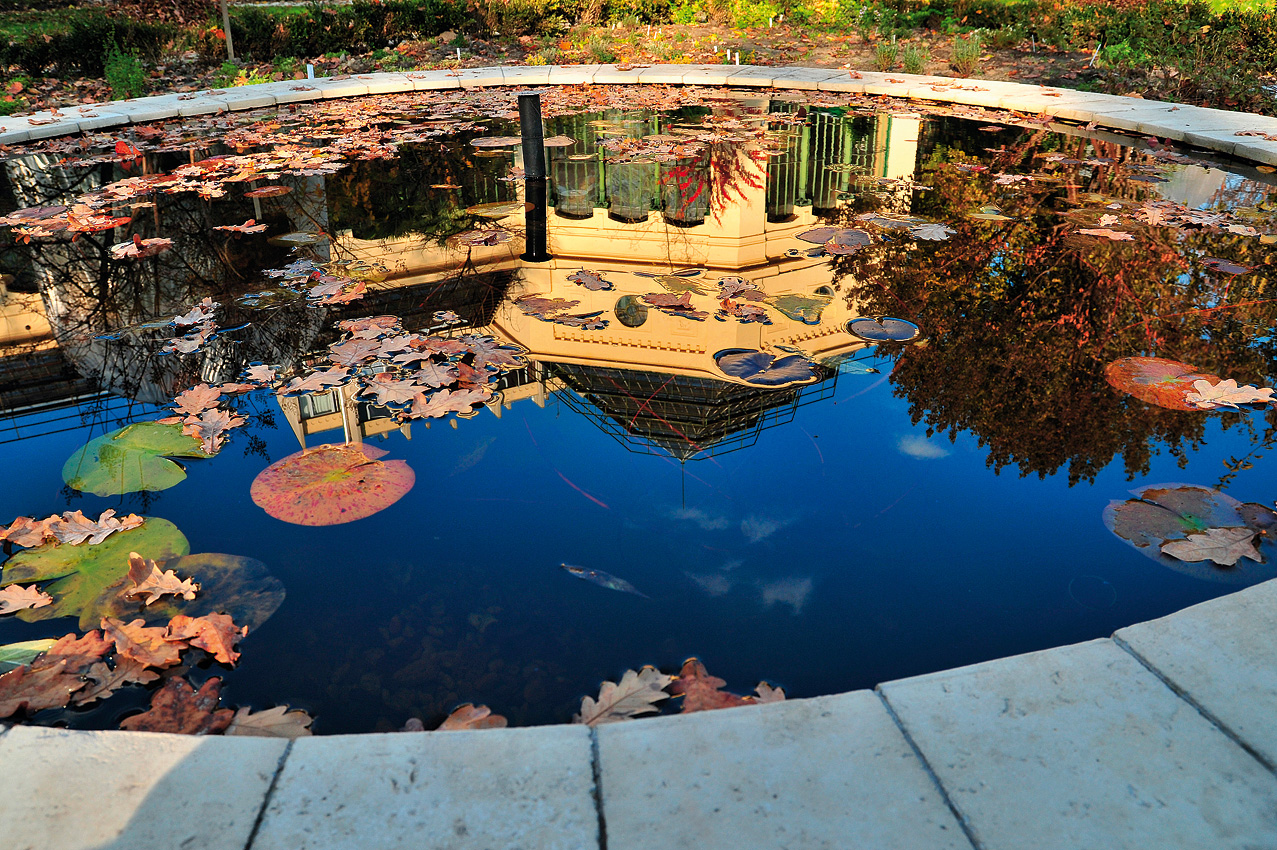 Many Hungarians are familiar with the lake at ELTE Botanical Gardens without even having visited it, as it was featured in the the film version of the children’s classic The Paul Street Boys, brave little Ernő Nemecsek being thrown into it.

Originally there were five large lakes in the park, fed by the waters of the Illés spring flowing through the garden.

By the 1990s, it had dried up, partly because its water base was being used for brewing beer at the Dreher factory, among others. The lakes also dried up, and what was left was used to fill this main one. Today you can walk around it, stepping over the stones used to make the Japanese garden. 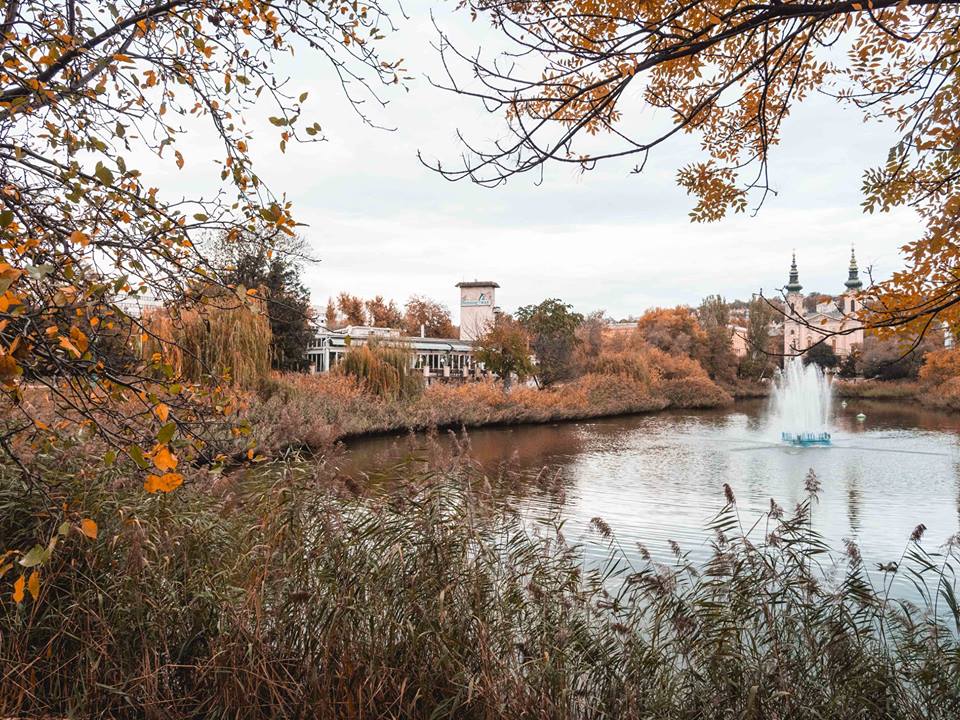 The workers of the former brick factory on the site of Kosztolányi Dezső tér were just digging a pit when they discovered the underground watercourse that became the Bottomless Lake.

Created in 1877, Feneketlen-tó has a few legends attached to it, not least the notion that those workers lost their lives and are still lying at the bottom of the lake. Instead of corpses, a package containing several million forints was once found at the bottom of the five-metre-deep lake.

The lake is one of the most pleasant parts of District XI, allowing you to lounge alongside it, relieve stress with a jog around the running track or cool off under the old trees while watching the ducks.

Those who want to combine relaxation with ice-cold cocktails can do so at recently opened Este11 on the shore, offering cocktails and grilled delights. 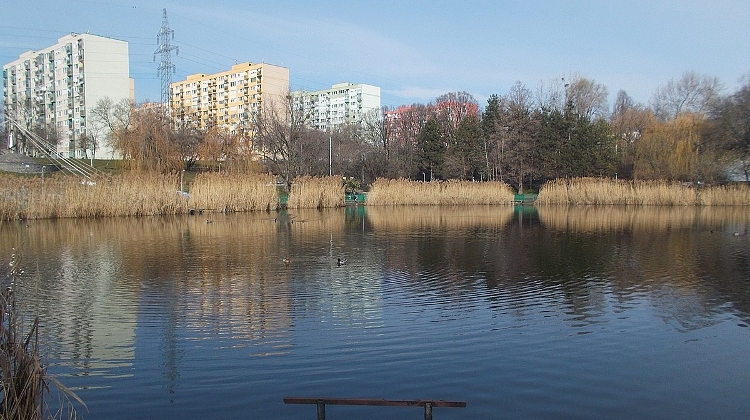 Kőbánya is the part of the city that is rarely visited yet holds many hidden treasures. Guttmann Lake, for example, sits in the middle of a housing estate.

Also known as Mély-tó or Deep Lake, it’s a good place for wandering and relaxing, the reeds giving the feel of a green getaway with Sportliget park only a few minutes’ walk.

Originally, this was the clay pit of the Guttmann brick factory, later closed due to water intrusion, and it remained a marshland for years. When the construction of the Újhegyi housing estate began, this became a popular area among residents for recreation. 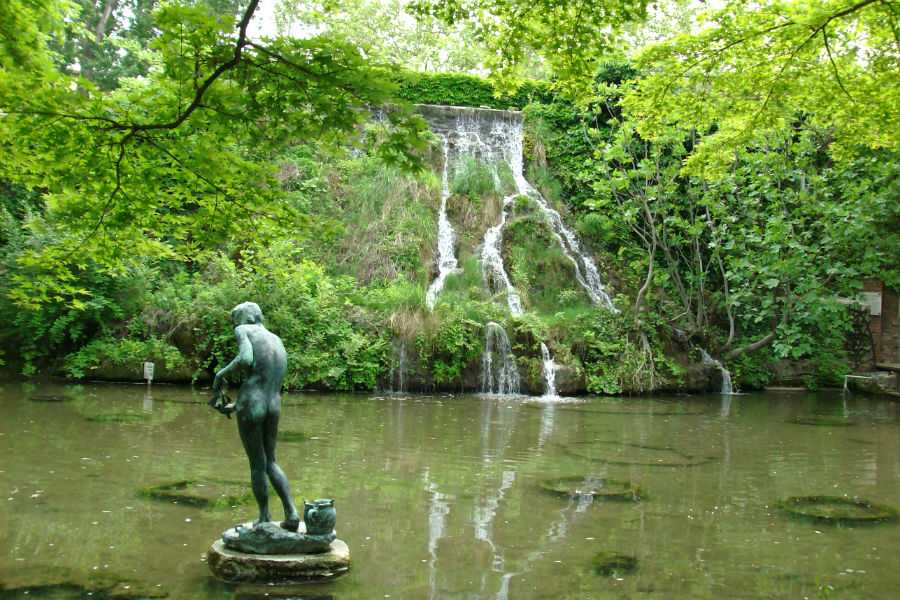 Whether it’s a picnic with friends, a romantic walk, sport or just simple relaxation, Margaret Island is always a good choice. As well as shaded pathways, monastic ruins and green spaces, you’ll find a Japanese garden and rock garden in the northern part of the island, accessed via a small wooden bridge.

A waterfall, paths and a network of lakes comprise this idyllic hideaway, home of goldfish, turtles, wild ducks and water lilies. 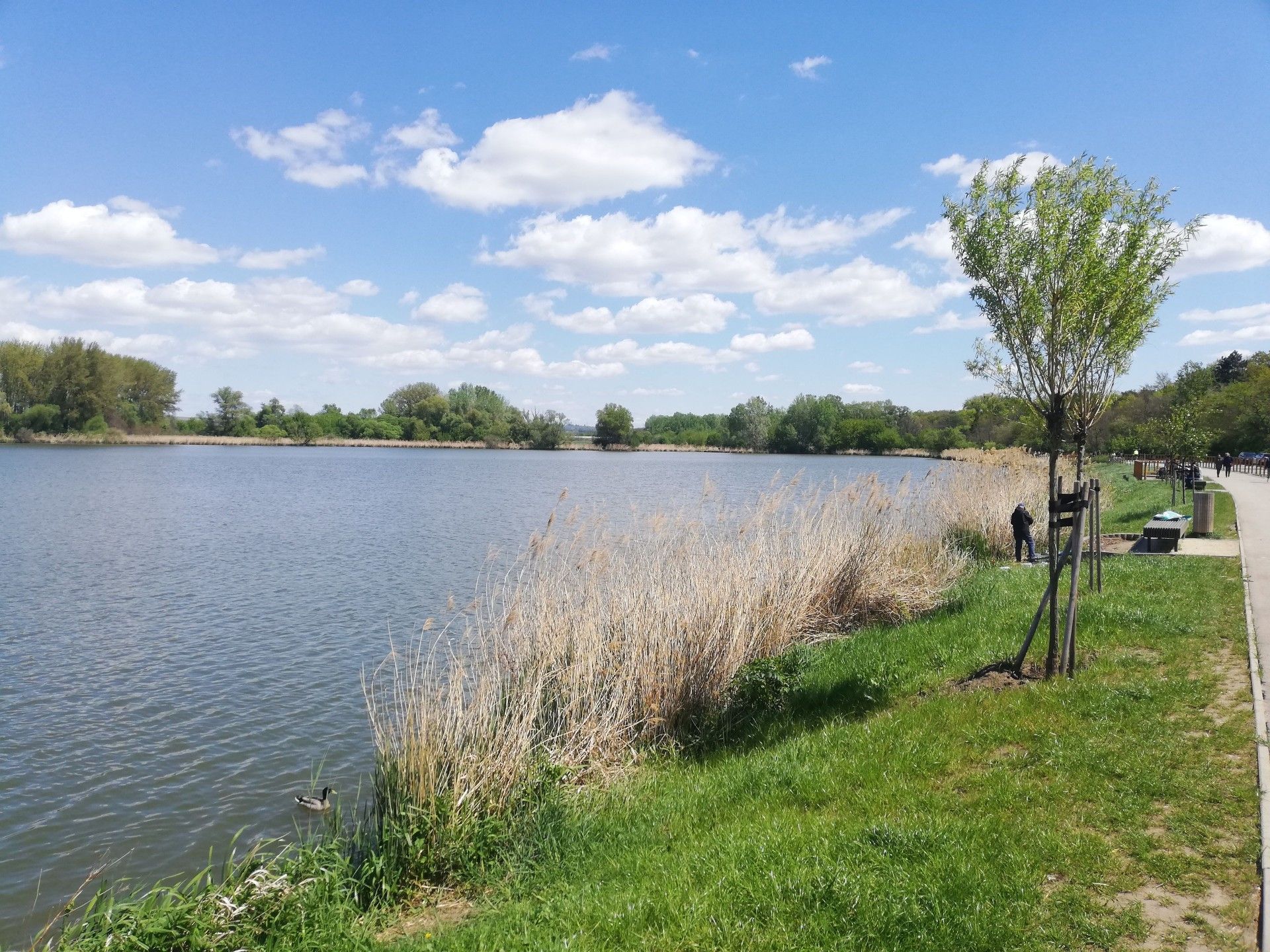 Lake Naplás is a local favourite, evoking childhood summers and winter skating when its waters used to regularly freeze over a few decades ago.

The marshy, floodplain forested area, full of reeds, birds and marsh turtles, could even be somewhere in the countryside, even though this is District XVI. Swimming is forbidden but you can lie on the grass with the picnic basket open.

Fishermen also line its shores, otherwise silence and relaxation are guaranteed. To survey the surroundings, climb the 22-metre-high observation tower. 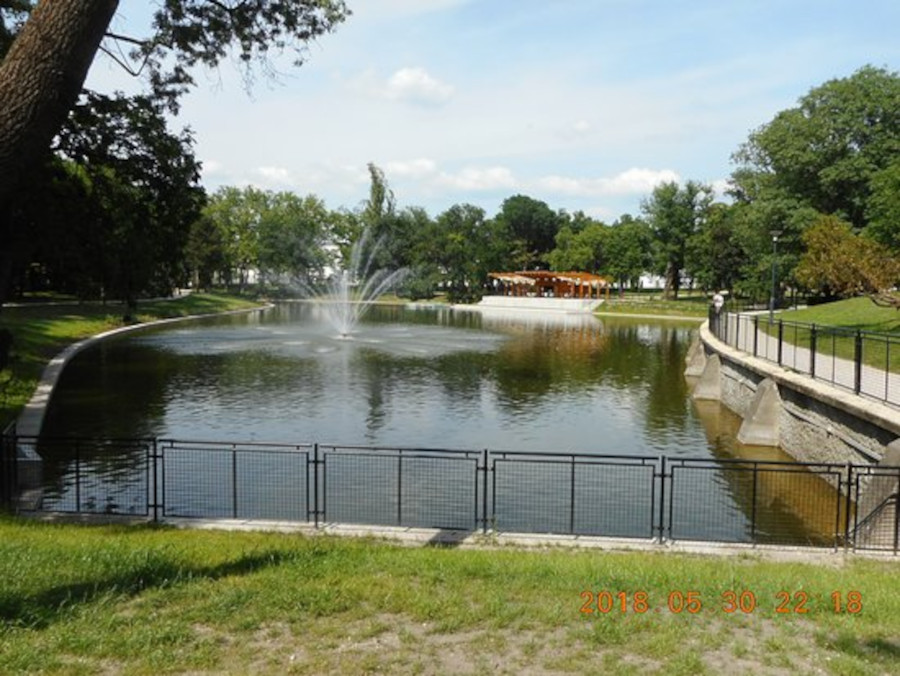 When you think of strolling and relaxing around Budapest, you don’t often think about Orczy Park, lying between Semmelweis Klinikák and Nagyvárad tér deep in District VIII. Orczy is one of the largest green spaces in the city, where until the 1800s there were reedy, wooded fields and good hunting grounds, until László Orczy started to create a beautiful English garden in Pest.

The lake, stream and waterfront promenade are the result, recently augmented by a waterside café, Buttler Terrace. 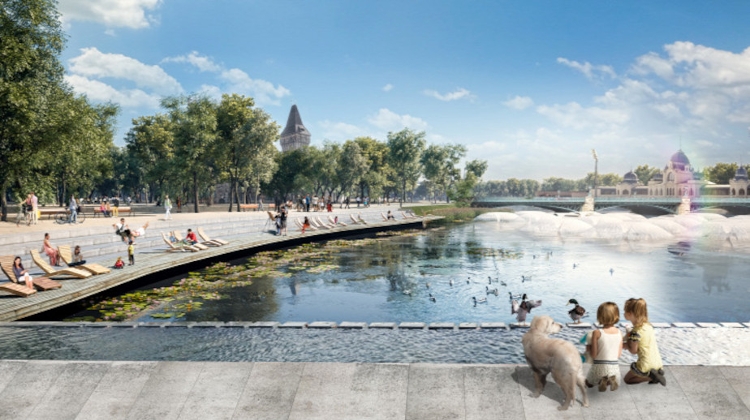 Many things spring to mind when you think about City Park, Városliget to Hungarians. Picnics for one, balloon rides and discussions about the new museums recently opened here but for many, the lake is still their favourite feature.

Even in the Middle Ages, enough water gathered between the sand dunes of the area to form a small lake, but the current large one was artificially created at the turn of the 19th century, when the development of City Park began.

Mocsár and Drót Islands were created from the earth dug up during the excavation of the lake, the Széchenyi Baths now standing on one site, Vajdahunyad Castle on the other. In summer, you can take out a rowboat or a pedalo, hired for 30-minute periods.