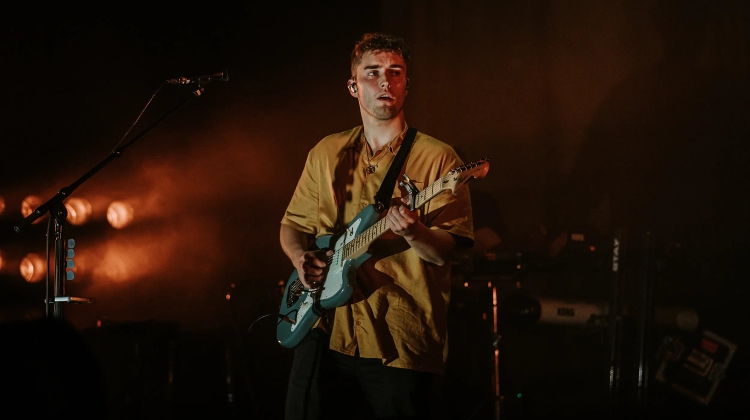 Back in the spring of 2019, this writer sat down with Sam Fender as he was still piecing together Hypersonic Missiles, the sky-scraping debut which six months later would go on to top numerous charts and mint Fender’s status as the most important songwriter of his generation.

Through the prism of an acutely aware kid from a council estate in North Shields, tracks such as Dead Boys, The Borders and Leave Fast yearned for escape while finding poetry and drama in the lives of those surrounding their author. They were songs with their eyes - and their hearts - wide open. As he sat in the afternoon sun, Fender reflected on the viewpoint within his songs with typical North Eastern self-deprecation.

Fast-forward to 2020 and like the rest of the planet, Sam Fender was faced with little more than the four walls in front of him. There were no old boys propping up the bar at The Lowlights Tavern or Poundshop Kardashians to draw inspiration from. Instead, for the first time as a songwriter he had to turn his gaze to himself.

“I didn’t have anyone to write about. I’ve always relied on that stuff. On hearsay, rumours, stories, gossip… gossip made mankind,” recalls Fender today from his studio in North Shields. “I didn’t want to write about Covid because fucking no one is ever going to want to hear about that ever again, so this time I went inwards.”

You don’t need to be intimately acquainted with his backstory to realise Sam Fender’s own life isn’t short of material to draw from. Press play on Seventeen Going Under and in the surging double-header of the title track and Gettin’ Started you can hear the beats of his own story, his journey from North Shields and his own battles pounding through the music’s euphoric rush. You can practically feel the wind blowing in your face as the motor starts running and the vista of a life unfolding opens up ahead of you.

“Some of the stories are autobiographical so they write themselves,” he says. “In a sense though, you’re writing about the human experience, but you do feel exposed.”

Like only a truly great songwriter can, Fender turns his own experience into art that speaks to, and resonates with, all of us. It’s why his songs mean so much to people. On the soaring Get You Down, he might be looking unflinchingly at his own failures as a partner, yet as listeners we can all recognise something of ourselves within its New Order-meets-The E Street Band jangle.

Similarly, you don’t need to have experienced the same sort of relationship with a parent or family member that inspired the heart-crushing Spit Of You to enjoy the fact that it’s the most moving songs written about the relationship between a father and son for decades.