Despite EU's Request Not to, Hungary's FM Held Talks with Russian Counterpart in New York 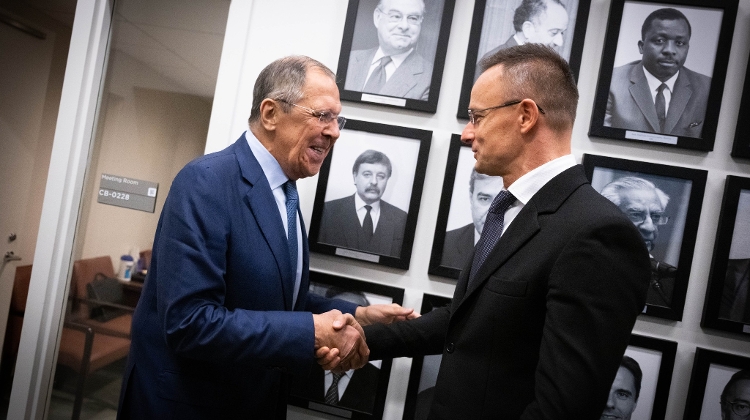 The UN General Assembly this week would have been a perfect opportunity to start peace talks on the war in Ukraine, but that is unlikely to happen, Foreign Minister Péter Szijjártó said in New York after talks with Russian counterpart Sergey Lavrov.

As a neighbour of Ukraine, Hungary is exposed to the war’s consequences such as inflation and waves of refugees, the ministry cited Szijjártó as saying.

The solution would be to secure peace brokered through talks, which is what Hungary is striving for, he added. By the end of the General Assembly’s fourth day “we have to regretfully say that the talks will not take place at the UN General Assembly, which would have been a perfect opportunity,” he said.

Szijjártó noted that he was the only European Union foreign minister to meet Lavrov. “At home, opposition MPs, pundits and the press will probably ask why I met Lavrov. But I say peace will not be brokered without dialogue.

Unless talks on peace start in the near future, the world will face even more dire consequences than it has so far,” he warned.

On the topic of the energy crisis, the minister noted that Gazprom is supplying Hungary without interruption, delivering 5.8 million cubic meters of gas each day thanks to a recent agreement to supply greater quantities than stipulated in the original contract.

He added that TurkStream is now the most reliable gas transit route between Russia and Europe, while supplies from the north and west have virtually come to a standstill.

Gas storage in Hungary is approaching 41% of annual consumption, he said, while the European average is 23%.

“Hungary is pursuing a responsible energy policy,” he said, adding that predictable cooperation with Russia and Gazprom was in the national interest.

Szijjártó also said that the new Paks reactor blocks to be put online in 2030 would help to make Hungary partially independent from the vagaries and price increases on the international energy market.

He added that current operations are guaranteed in the upcoming period too, since a fresh delivery of rods to the Paks nuclear power plant from Russia has arrived, albeit in a roundabout way.