Here's How Orbán Responded to Latest Opposition Questions in Parliament 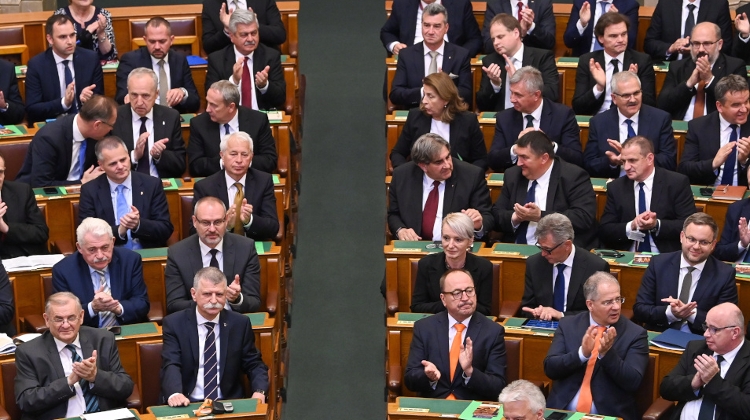 Prime Minister Viktor Orbán, replying to questions in parliament in the first session of the autumn session on Monday, accused left-wing parties of supporting the war in Ukraine and associated sanctions.

Meanwhile, he called it “unprecedented” in the history of Hungarian democracy that foreign money — from the US in this case — had been used to pay for an opposition election campaign. Accepting foreign funding for an election campaign is illegal in Hungary, he noted.

Orbán said left-wing backing for sanctions and immigration was a direct consequence of the foreign funding.

Meanwhile, the prime minister said only US-Russia talks could bring the war to an end, though Europe must ensure its voice is heard during preparations for such talks, he added.

Orbán noted that Hungary had not voted for oil sanctions, and lobbied for piped oil to be exempt from them, thereby protecting the supplies of Hungary, Slovakia and Czechia. He also emphasised that Hungary objected to moves to put sanctions on nuclear products on the agenda.

Sanctions on gas, he added, had not been put on the agenda because Hungary has made clear it would not vote for them. “A balance is needed between ensuring European unity and protecting Hungary’s vital interests,” he said, calling this a “responsible policy”.

Reacting to a proposal to abolish usage fees for the maintenance and operation of the energy system, Orbán said the fees were mostly necessary because renewable sources of energy must be fed into the system.

Regarding the proposal to reduce VAT on energy above a certain threshold, the prime minister said high revenues from VAT were channelled to the fund for maintaining the cap on household energy bills and this scheme would not be viable without them.

Besides, he added, it was clear that various attempts to reduce VAT over the past 30 years had tended to benefit companies and traders rather than consumers. Neither does the government support the proposal to introduce a wealth tax, Orbán said.

He said government support for the Roma should be allowed to continue, including a scheme financing Hungary’s 300 poorest villages.

Asked what the government had done to reduce dependence on Russian energy in the past 12 years, Orbán said the government in 2010 recovered the 25% MOL shares the Gyurcsány government had sold to the Russians while increasing the number of gas interconnectors from two to six. Also, gas storage facilities were renationalised, he added.

On the topic of wind energy, Orbán said the cabinet was so far unconvinced that this form of production should be restarted.

On the issue of the steel industry, the prime minister said the government was looking into providing help to the ironworks in the city of Dunaújváros.