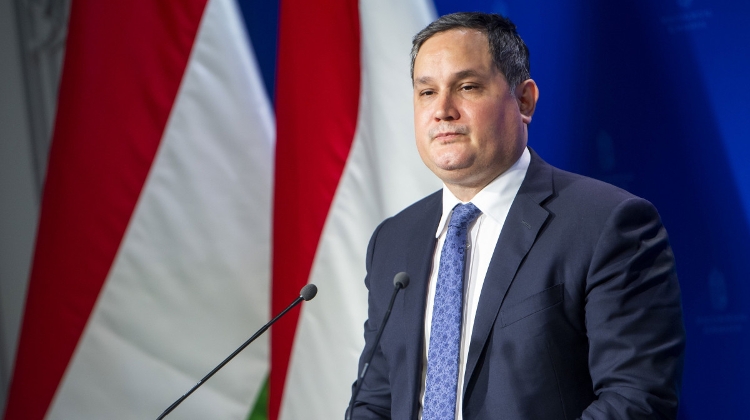 Hungary's economy is very strong, growth was high in Q1 and Q2 and it could be positive in Q3.

Annual growth could be 4-5% in 2022 and I do not think there will be a recession either this year or the next, but a marked economic slowdown is unavoidable in such an open economy, Economic Development Minister Márton Nagy said in an interview with broadcaster Inforadio, according to a report by state news wire MTI.

Nagy said Hungary's growth surplus compared to Germany must be maintained so convergence could continue even if most of Europe goes through a recession. The investment rate must remain at least 25% but it would be better if it would be around 27%.

The economy needs private investment projects for this, Hungary's government will provide support, but it will prioritize projects that would not happen without state support.

Answering questions regarding his trip to Moscow, Nagy said his visit was about trying to secure gas imports, and they involved talks about the availability, the type and the price of gas. A few weeks are needed to see if the talks yielded results, he added.

In 2021 Hungary's net energy imports accounted for 4% of GDP in 2022 it could be 8-10%. Changing consumer habits could somewhat reduce this share, he added.

Nagy called for a regulatory action on the part of the EU for intervening in the electricity market and said it would be important to separate the price of electricity from the price of gas.

The price of electricity varies very much across member states, there are many exchanges and this is a completely unregulated area, leaving it open to market speculators, he said.

Nagy said the sanctions adopted against Russia for its war in Ukraine are bad policy measures. Sanctions should be lifted as they are causing the rapid rise of energy prices and the high prices are creating extra revenue for Russia.

Talking about price caps the minister said these are good tools if they are temporary, but bad if they become permanent. Price caps fulfilled their goal and prevented the economy from receiving a sudden shock from quickly growing prices.

Keeping price caps in place is ever more expensive and should be examined from the view of sustainability and inflation. Price caps will need to be abolished as these steps are alien in a market economy but it remains to be seen when they can be ended.

Nagy said inflation could peak at around 15-16% in November. Stabilising energy prices would be key for inflation, but there is no sign of this yet.

Hungary will stick to its budget deficit targets this year and next year in all cases. In addition to budget policy, investors are keenly watching talks with the EU regarding cohesion funds and Hungary's Recovery and Resilience Facility (RRF), he said.

Asked about listed IT company 4iG and the Hungarian state entering into a deal with Vodafone Group to acquire 100% of the telco's Hungarian unit, Nagy said it is happening in a strategic sector, helping build a strong national champion.

Companies like Vodafone are not up for sale every year, he added.

Nagy said the government is satisfied with a minority stake because it is better to let the market function and 4iG management knows the market conditions and is well prepared.

The minister noted that the government has other ideas as well for making state purchases and raising the share of Hungarian companies in key sectors.

Nagy personally believes the country does not need more than five big banks and said the insurance brokerage business has not yet consolidated. He said the government is still very far away from reaching its goals in the food retail market and in the construction material market.