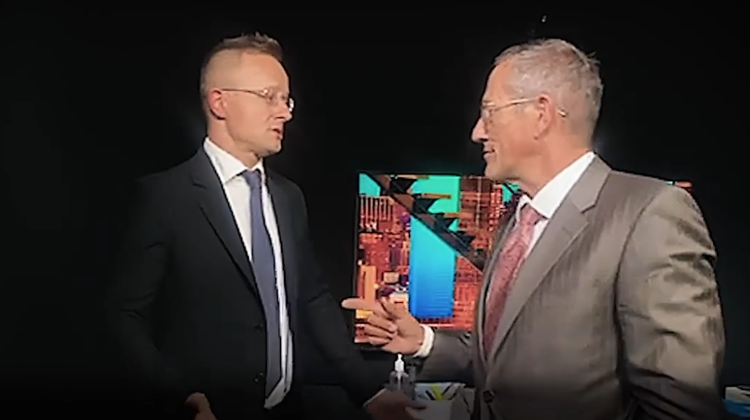 Peace is the "ultimate solution" to the problems posed by the war in Ukraine and sanctions, Foreign Minister Péter Szijjártó said in an interview with CNN on Saturday.

Szijjártó said in the interview, conducted in English and posted on his Facebook page, that “if you impose sanctions against someone then it should be more harmful on the targeted entity and not on yourself.”

He added that the European Union’s sanctions policy had failed “because those sanctions which were introduced against Russia are more harmful and more painful to Europe than to the Russian Federation.” Szijjártó dismissed any suggestion that Hungary stands closer to the side of Russia than to that of the EU and its partners.

“This accusation must be rejected, rejected very, very harshly. Because we Hungarians have condemned the war from the very beginning and we have not vetoed any sanction regimes so far.

So all seven sanction regimes which have been in place have been voted by a unanimous decision in the European Union. Had we not supported these packages of sanctions, they would not have been introduced and would not be enforced currently,” he said.

“We have made it very clear though that we are not ready to put our safe supply of energy at risk, no way,” he added.