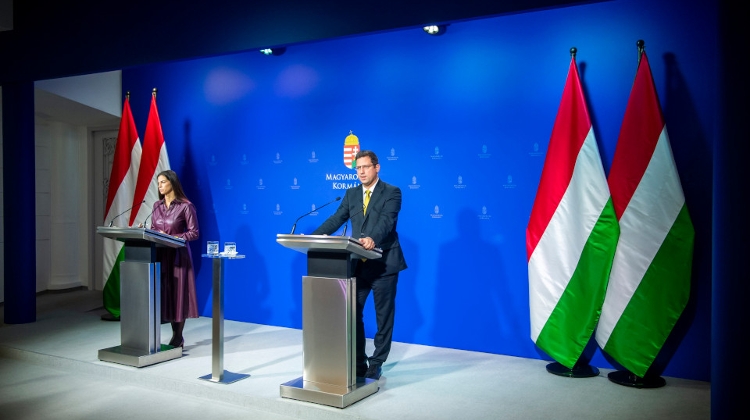 In an effort to save energy, the winter break at Hungarian schools will be longer than usual this year, lasting from Dec. 22 to Jan. 8, the prime minister’s chief of staff, Gergely Gulyás, told a government press briefing.

While the winter holidays for schools would be longer, the autumn break would be cut. Government offices will also stay closed in this period for the same reason, Gulyás said, adding that employees in the sector would be required to take their paid holidays off for those days.

The cabinet also discussed the effect of rising energy prices on local councils, Gulyás said, noting that some local councils are seeing a 10-20-fold increase in their gas bills.

The government has therefore tasked Fidesz MP and ministerial commissioner György Balla to coordinate talks with local councils together with the finance, the interior, and the technology and industry ministries on finding a solution to help local governments survive the coming year, Gulyás said.

Most local councils will be able to afford their energy bills this year because of their long-term contracts, but it is certain that they will have to cut costs and will need government support next year, he said. The government will hold separate talks with the local councils that need additional help, he added.

Meanwhile, Gulyás denied press reports that the government had ordered a halt to its payment obligations, adding, however, that all payments must be made with the approval of the finance ministry. He said the reason for this was that Hungary was committed to keeping this year’s budget deficit at 4.9% of GDP.

Hungary has no solvency issues, Gulyás said. Although the global economic environment is hectic and there are strong fluctuations in currency exchange rates, the government is doing everything in its power to stick to its deficit target, he said.

The Hungarian economy “is performing particularly well”, he said, arguing that it had strong foundations and unemployment was not on the rise.