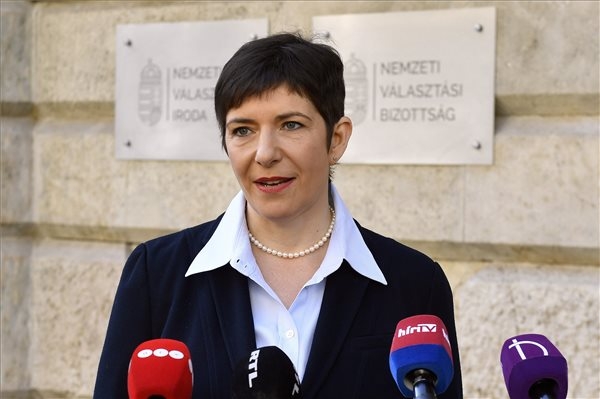 A pro-government pundit describes the appeal launched by the ‘shadow prime minister’ of the Democratic Coalition as an expression of ‘communist impudence’.

In a video message on her Facebook page, Klára Dobrev called on Hungarians to hold anti-government demonstrations on 23 October, the anniversary of the 1956 revolution. She said the economic crisis causing day-to-day problems for masses of Hungarians is the result of the government’s policies, rather than the war in Ukraine. (Teachers’ unions also plan to continue their protests next Sunday, the day of the anniversary.)

In Magyar Nemzet, Zsolt Bayer says that he never ceases to be surprised by what he calls ‘the gall of Hungary’s communists’.

He describes the transition from Communism to a market economy as a process whereby former communist managers and officials got hold of the jewels of the economy, converting their political positions into business wealth. He mentions Ms Dobrev’s husband (DK leader and former PM Ferenc Gyurcsány) as one of the beneficiaries of those transactions and claims that he used the connections of his future mother-in-law to succeed.

Bayer’s main point is that the mother-in-law is the daughter of Antal Apró, a prominent party official throughout the communist decades. Ms Dobrev’s grandfather was one of the first party leaders to team up with János Kádár who took over the reins of power in the wake of Soviet intervention in November 1956.

Grandchildren are not responsible for the deeds of their ancestors, Bayer admits, but finds it revolting and tasteless that Antal Apró’s granddaughter should call for demonstrations on the anniversary of the revolution.