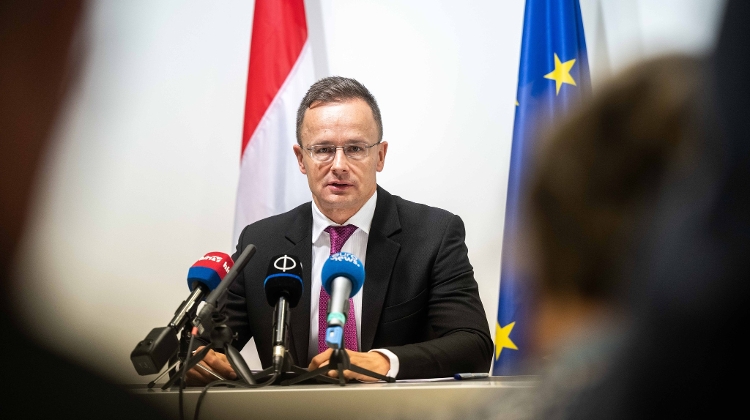 Hungary was the only country not to vote for an EU-sponsored training mission for the Ukrainian Armed Forces, Foreign Minister Péter Szijjártó announced on Monday after a meeting of the Foreign Affairs Council in Luxembourg.

Speaking at a press conference after the European Council decided on Monday to set up the military training mission, Szijjártó said that Hungary employed a constructive abstention, meaning that it did not block the vote, but did not support it either.

“We will not take part in this training mission. Obviously will not send trainers either, nor will we financially contribute to the costs of the operation,” said the Foreign Minister, emphasizing again that Hungary was alone in not voting in favor of the training mission.

According to Euronews magyarul‘s video of the press conference, Péter Szijjártó did not provide a reason for Hungary’s position on the issue.

The purpose of the EU Advisory Mission Ukraine (EUAM) is to enhance the readiness of the Ukrainian Armed Forces so it can implement military operations more effectively, “enabling Ukraine to defend its territorial integrity within its internationally-recognized borders, exercise its independence, and protect the civilian population.”

The mission will operate in the territory of the EU member states, while its operational center will be in Brussels and its functioning provided by the External Affairs Service of the European Union (EEAS). It will operate with a two-year mandate and a budget of €106.7 million (US$105.0 million).

The Council also agreed to provide new subsidies for arms transports, which Hungary voted for.