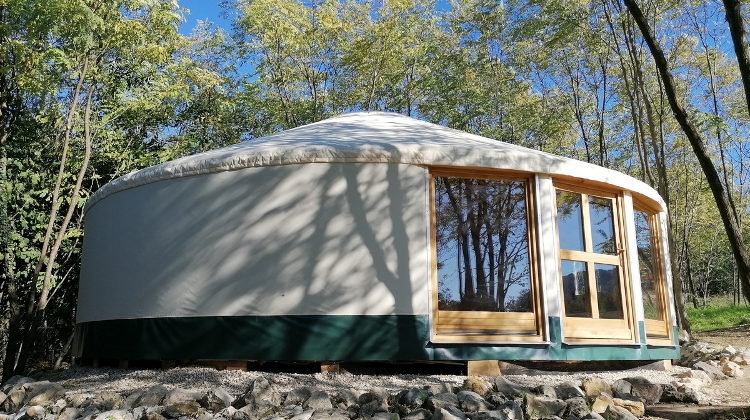 Mounting construction and energy prices have forced some Hungarians to choose yurts as permanent accommodation, as the video below shows.

BTW as you may know, a yurt is a portable, round tent covered with skins or felt and used as a dwelling by several distinct nomadic groups in the steppes of Central Asia.

The structure consists of an angled assembly or latticework of wood or bamboo for walls, a door frame, ribs (poles, rafters), and a wheel (crown, compression ring).

The roof is often self-supporting, but large yurts may have interior posts supporting the crown. The top of the wall of self-supporting yurts is prevented from spreading by means of a tension band which opposes the force of the roof ribs.

Modern yurts may be permanently built on a wooden platform; they may use modern materials such as canvas or tarpaulin, a plexiglass dome, and insulation.