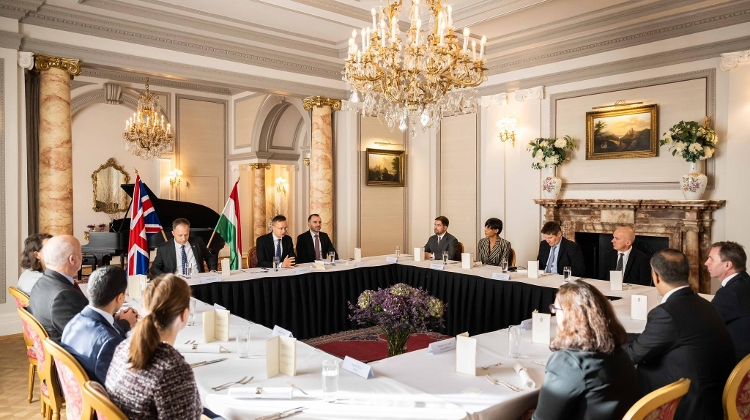 Decision-makers in Brussels “often react to British proposals reflexively”, and some of their decisions may make cooperation between the European Union and the UK more difficult, Foreign Minister Péter Szijjártó said in London on Monday, adding that “in the current difficult situation, good ties are important”.

After talks with James Cleverly, the recently appointed British foreign minister, Szijjártó said Brexit had been “a huge loss” and the damage arising from Brexit should be minimised, but this required “reasonable cooperation based on mutual respect”.

Szijjártó criticised the EU for excluding the UK from the Horizon programme and from digital cooperation.

“Now, when the EU’s economy has suffered a lot of damage in terms of competitiveness … close cooperation with the British could help the EU become stronger and more competitive,” he said.

The Hungarian government will continue to seek resolution of open issues in Brussels, Szijjártó said, adding that “having unresolved conflicts with the EU is in sharp opposition to the interests of the EU and Hungary.”

The officials also discussed the war in Ukraine. Szijjártó said Hungary had an interest in “securing peace as soon as possible”.

Earlier in the day, Szijjártó met leaders of the largest British companies investing in Hungary, adding that the government was working to promote investments to create new jobs and retain the country’s economic growth.

UK companies make up Hungary’s sixth largest investor group, with some 800 companies employing 50,000 people in the country, he added.

Meanwhile, he said the Hungarian and British governments maintained similar positions on nuclear energy and efforts to “eliminate negative discrimination” against it, as well as on combatting illegal migration, which “impacts the two countries equally”.

Szijjártó said Hungary had so far spent 1.6 billion euros on protecting its borders, while the EU had reimbursed a mere 1.2% of the grand total.

“This clearly shows that Brussels, regrettably, maintains its stance supporting migration,” he added.