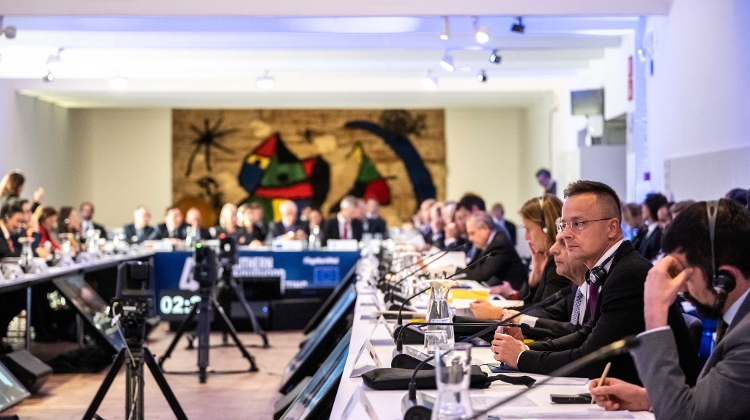 The claim that Hungary has been blocking the European Union from providing aid to keep Ukraine afloat “is a lie”, Foreign Minister Péter Szijjártó said on Thursday, emphasising that the Hungarian government merely opposed taking out another joint EU loan.

The government has made it clear that Hungary is prepared to provide its share of the 18 billion euros the bloc aims to raise for Ukraine, as part of a bilateral agreement with its north-eastern neighbour, the foreign ministry cited Szijjártó as saying after a meeting of EU energy affairs ministers in Brussels.

“It is a blatant lie that Hungary has ever blocked or opposed the EU providing support to Ukraine to keep the country functioning,” the minister said.

“Those who claim that we’ve ever opposed or blocked this are lying.” Joint indebtedness is not the way forward for Europe, he said, adding that it would go against both the bloc’s treaties and Hungary’s vision.

“The European Union was not created to become a debt union; this has never even come up in the past,” Szijjártó said.

“So this is once again a step that goes against the EU treaties and the vision that we have for Europe’s future.”

“We also recommend to the other member states that they choose a simpler way and support Ukraine from their own resources, their own budget, since they’re so proud of how much they’re helping the Ukrainians,” Szijjártó said.

He added that Hungary’s ambassador to Ukraine is informing the Ukrainian foreign ministry of Hungary’s stance today, and will propose that talks on the form of Hungary’s support get under way.