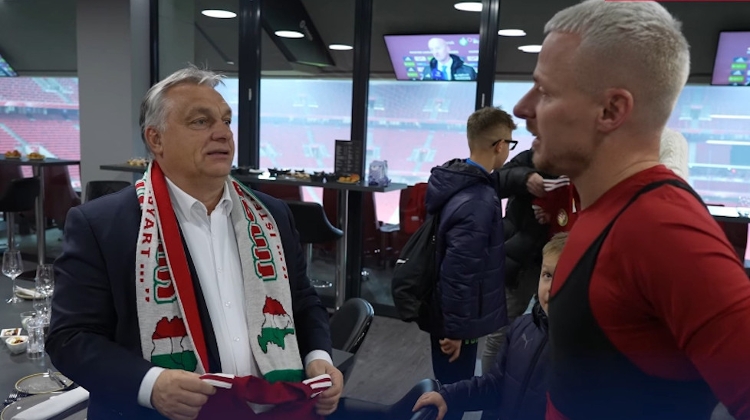 A pro-government pundit and a left-wing columnist reflect on a photo of the Prime Minister showing him after the latest match of the Hungarian football team, wearing a football scarf with the map of Greater Hungary.

Prime Minister Orbán shared a photo on Facebook after the friendly soccer match between Hungary and Greece on Sunday. In the photo, the Prime Minister is wearing a Hungarian football scarf with the map of Greater Hungary.

‘How reassuring for Hungary’s neighbours’, German MEP Daniel Freund commented on the photo in a Facebook post. The Romanian Foreign Ministry also objected to PM Orbán’s scarf, suggesting that it is ‘an act of revisionism’.

Zsolt Bayer in a blog post wonders why Daniel Freund is preoccupied with Hungary rather than focusing on German issues. The pro-government commentator finds it strange that Freund considered it important to comment on the Hungarian Prime Minister’s photo – rather than highlighting  anti-Semitic attacks in the German city of Essen.

On Hirklikk, Péter S. Föld writes ‘no sane person believes that PM Orbán wants to re-annex territories taken away by the Trianon Peace Treaty’. The left-wing columnist nonetheless finds it deeply irresponsible of the PM Minister to wear such a controversial symbol. He fears that radical nationalists in neighbouring countries will use the opportunity to foment hatred against local Hungarian ethnic minorities.

Watch: Orbán Orban Got Into a Scandal Over a Fan Football Scarf