"Hungary is in Big Trouble, Because it is Weak", Says DK’s Shadow PM Dobrev 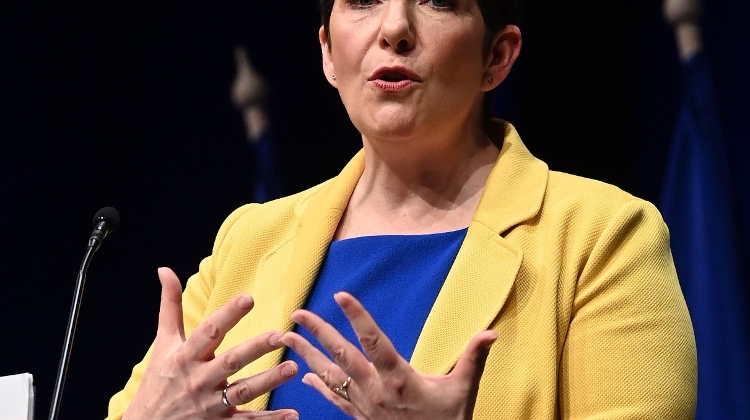 Klára Dobrev, an MEP of the opposition Democratic Coalition (DK), called for a strong state and outlined measures to support households and reinstate “the rule of law” at a party congress held in Budapest on Saturday.

“Hungary is in big trouble, because it is weak; and it is weak because Prime Minister Viktor Orbán has systematically weakened it over the past 12 years,” Dobrev, DK’s shadow prime minister, told the party’s 12th congress, calling for “a strong state ready to act, one that cares for the people”.

Dobrev said DK would double the quantity of natural gas and electricity supplied to households at discount prices, reduce the VAT on energy types and introduce a moratorium for families who have properly paid their utility bills.

She noted a programme DK has drafted on “reinstating the rule of law” containing provisions on the public procurement system, the prosecution, the Constitutional Court, the independence of judges, press freedom and Hungary joining the European Public Prosecutor’s Office which Dobrev said would “pave the way for reaching an agreement with the EU in a week’s time to open access to community funds”.

Reinstating the rule of law, defining a timeline of introducing the common European currency and accessing EU funds would together help stabilise the forint,” the MEP said.

Dobrev pledged to increase teachers’ wages, restore teachers’ right to strike and reemploy teachers who have been sacked. She said DK would also increase wages for nurses and health-care sector specialists.