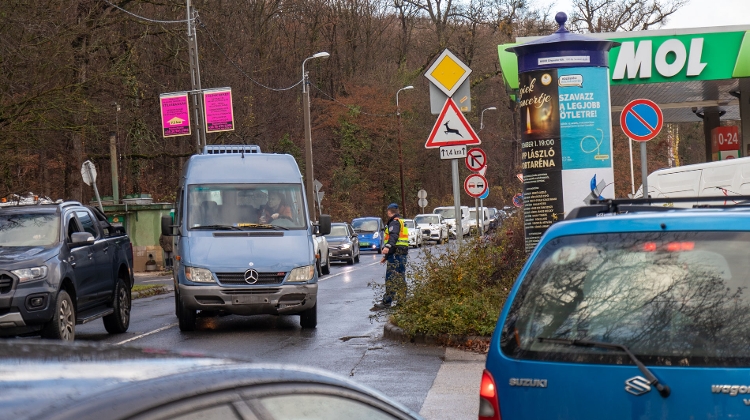 Energy company MOL described the situation as “critical” on Tuesday, as panic buying has fuelled demand, leading to shortages.

Some drivers had to wait 30-40 minutes to refuel, with congestion heaviest at the intersection of Hűvösvölgyi út and Nagykovácsi utca.

HVG writes that there is no sign of easing in the current fuel crisis, and drivers need to be either lucky or patient to be able to fill up, as supplies are depleted at petrol stations across the country.

“Our tankers are delivering day and night, our employees are constantly filling up the gas stations, and our specialists are working to gradually restart the Dunai refinery after maintenance work”, said MOL Hungary CEO György Bacsa.

MOL is making up for lost production with imports, “but our company has reached the limit of its logistics capacity: we simply cannot physically bring in more goods,” he added.

The level of demand is unprecedented, and a quarter of MOL stations have run dry, he said.

MOL said it could be several more weeks before the refinery can again operate at maximum capacity.

Budapest mayor Gergely Karácsony encouraged commuters to consider switching to public transport, as it is running well, despite “the nationwide fuel shortage caused by government decisions”, and the price of a pass has remained unchanged since 2014.

He also called on the government to take action, saying it is time Fidesz solved the disruptions affecting car traffic, “instead of busying itself with propaganda”.