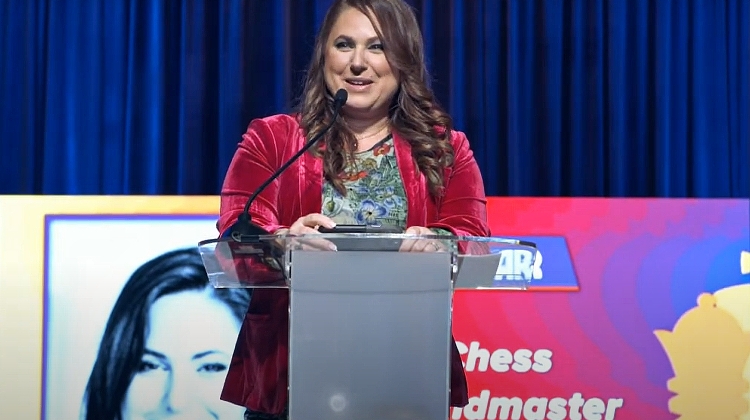 Hungary’s Judit Polgár, the strongest female chess player of all time, was inducted into the World Chess Hall of Fame in St. Louis, Missouri.

“It is a great honour to be recognised for my decade-long contributions which include my achievements as a chess player, as well as my work promoting chess as an educational tool, and encouraging women’s orientation towards chess,” Polgár said at the ceremony.

Polgár is the only woman to have ever reached the candidates stage of the world championship cycle, to have been ranked in the top ten players in the world, and to have been rated over 2,700, reaching a peak of 2,735 in 2005.