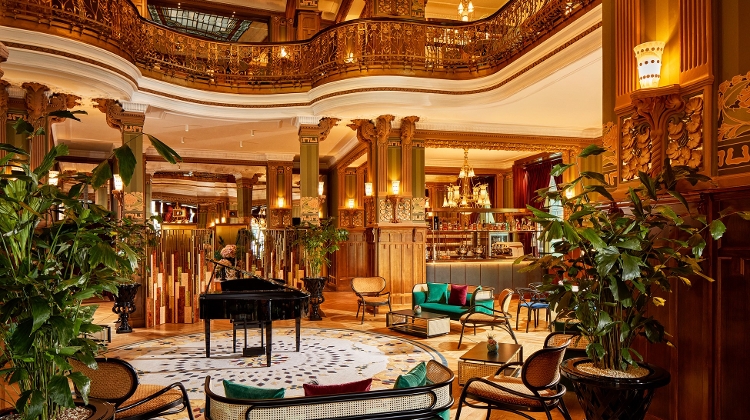 The social epicenter of the Belle Epoque era, the former „Belvárosi Kávéház” has opened as Matild Café & Cabaret today in its original, 1901 splendor and under the gastronomic direction of Wolfgang Puck

The historical “Belvárosi Kávéház" is finally returning to Budapest’s social and cultural scene in its rightful grandeur and under the gastronomic direction of the Chef of Hollywood stars, Wolfgang Puck.

After a detailed renovation, the historic café which has been reborn as Matild Café & Cabaret, echoing the vivid Belle Epoque era, awaits its guests with a two-storey, 300-seater café, and a large outdoor terrace along the Duna street at Matild Palace. Guests can also enjoy special cabaret shows after summer at the historic venue on Ferenciek tere.

In addition to special experiences and quality coffees, the gastronomic offer of the café includes artisan bonbons, made at the Café’s chocolate atelier, traditional cakes and pastries, furthermore, guests can taste the Hungarian beef stew with homemade spaetzle or the homemade sausages Krúdy style.

The historical “Belvárosi Kávéház'' has finally opened today in its original splendor as Matild Café & Cabaret at the Pest end of the Elizabeth Bridge in Matild Palace with more than 120 years of history behind it.

The story of the reborn café is extremely varied, it has lived through different eras since its 1901 debut. The home of the café, Matild Palace was built more than 120 years ago under the patronage of Her Imperial and Royal Highness Maria Klotild of Saxe-Coburg and Gotha to serve as the social hub of the city.

In the early 1900s, the café became one of the most well-known institutions of the legendary coffee house culture of Budapest and the most popular center of the vibrant social life of the Belle Epoque era where prominent public figures, journalists, writers and artists used to meet.

The “Belvárosi Kávéház" was also a place of socializing for ordinary, working-class people, regardless of their social status or background, providing a chance to feel the illusion of the wealth and splendor of the era, over an espresso or a simple meal. 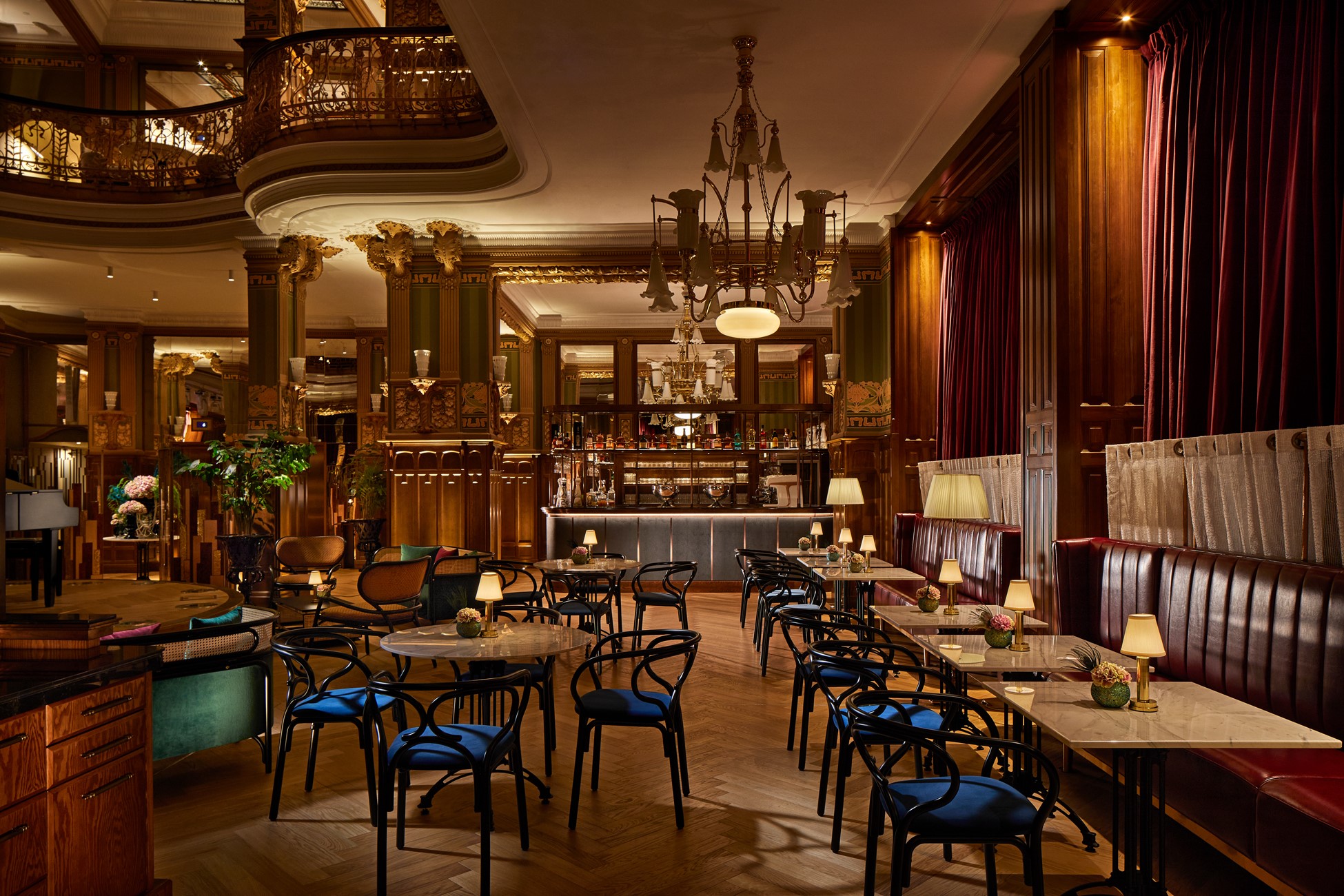 As the closing of the first phase of the café's history, the 1st World War has put an end to the golden age of the local coffee house culture, but after the war, the café came back to life again. The venue was run by the Rónay restaurateur dynasty for generations, and after the 2nd World War it was the very first business in the city to reopen its doors to the public. Those days the café was reopened by Egon Rónay - with the only thing that was left in the cellar: coffee.

Due to the changed circumstances after the war, the café was closed again and only reopened in 1956. After the Hungarian Revolution, over time, it returned as one of the most popular entertainment venues thanks to its everyday programs.

From 1984, after a renovation, the place returned to the public consciousness as "Belvárosi Kávéház – Lidó", which offered one-of-a-kind entertainment options to the locals. Later it also operated as a casino in the 1990s and then as a nightclub under the name Lido from 2000 to 2002.

After a renovation, it once again functioned as a casino and finally, in 2022, after a 5-year detailed renovation, the historical “Belvárosi Kávéház'' has finally opened in its rightful grandeur as a 300-seater café and social epicenter.

The restoration work was based on the original plans, and contemporary drawings and photographs also helped the restorers to get a high-quality result. The iconic building itself is listed as a UNESCO World Heritage site and has been under monumental protection since 1977. 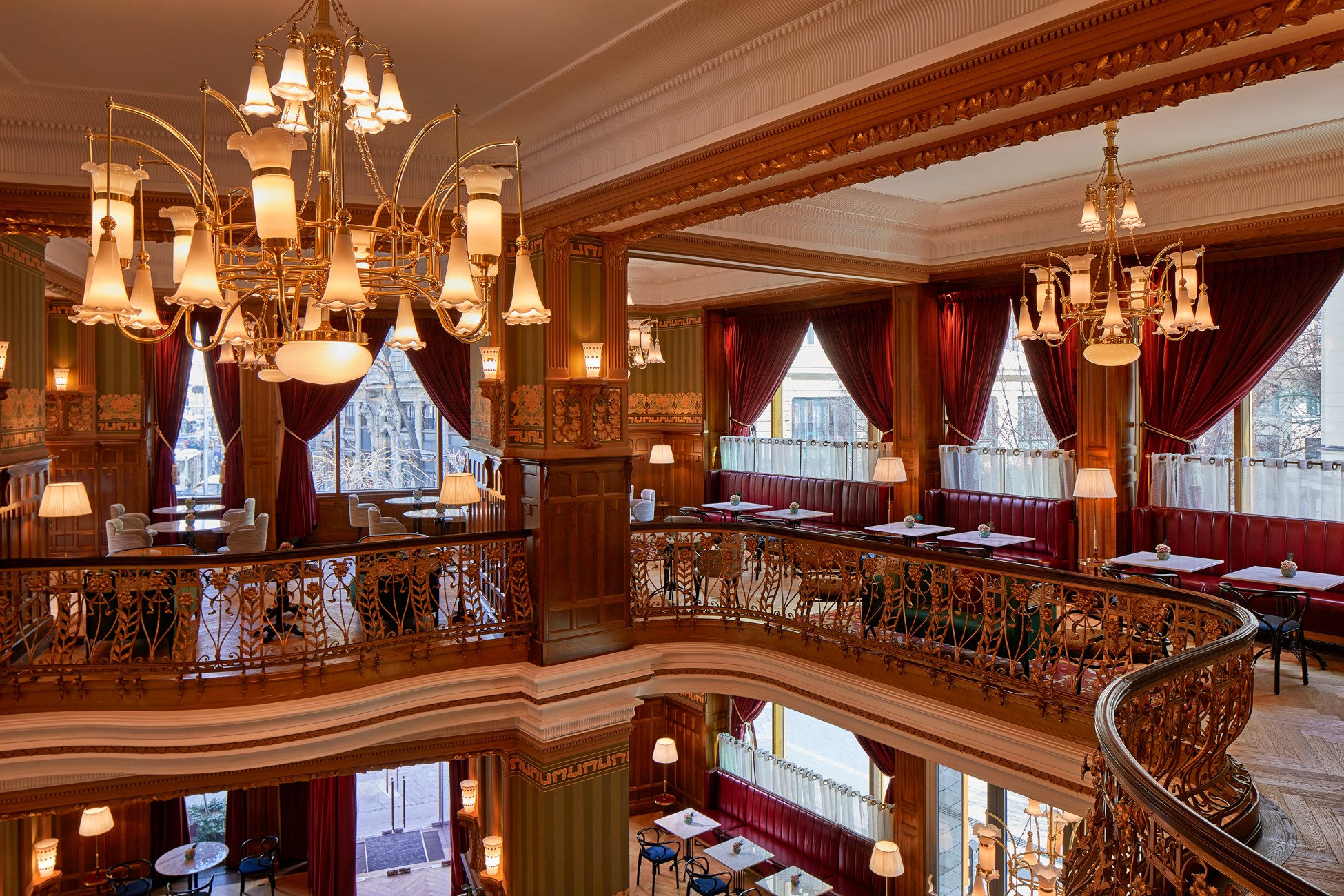 Today, the guests of the reborn monumental protected café can enjoy quality coffee and special gastronomic offer during the daytime, while at night they can watch cabaret shows performed on the hydraulic stage located in the heart of the venue, starting after summer.

Matild Café & Cabaret also has a large outdoor terrace along the Duna street where guests can enjoy the alfresco café experience next to the statue of Gyula Krúdy on the street. The statue was erected in 2021 to pay homage to one of the greatest writers of Hungary, who wrote some parts of “The Adventures of Sindbad” in this historic venue.

"Not only a traditional Hungarian café has reborn, but the entertainment and gastronomic palette of the city has been further enriched. I believe that the unique atmosphere of the venue, the culinary art of Wolfgang Puck, and the special cabaret shows will shake up the social life of Budapest" says Emre Pasli, General Manager of Matild Palace. 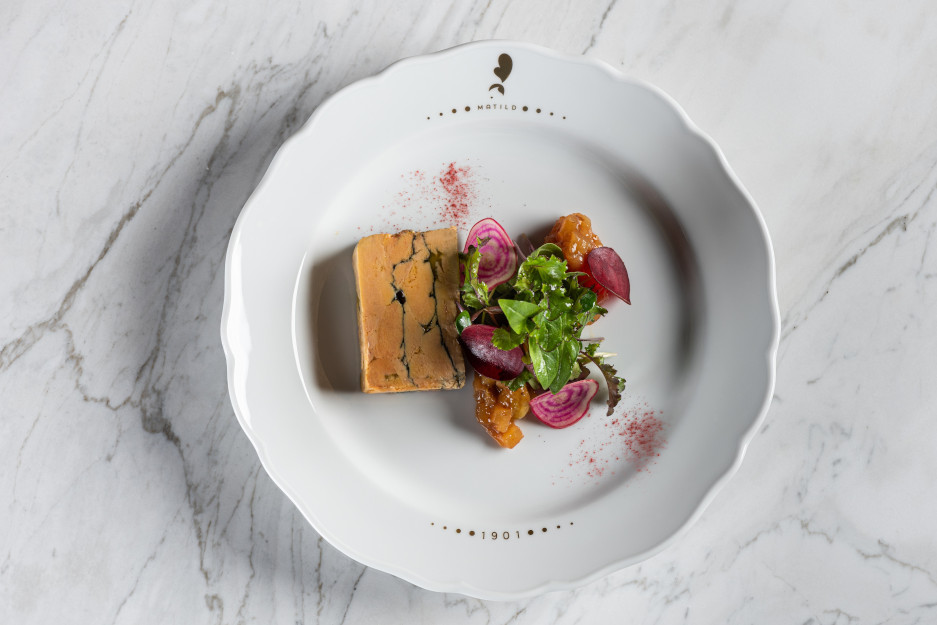 The venue's gastronomic concept was dreamed up by the Chef of Hollywood stars Wolfgang Puck and it embodies a mixture of tradition and innovation. The gastro ideas of the legendary chef are put into practice by his local culinary team while using the highest quality, local ingredients, and sophisticated culinary techniques in the kitchen.

The gastronomic offer of the renewed café includes local pastries, cakes, baked goods, modern and classic dishes. The menu is extremely varied: among others, guests can taste the Hungarian beef stew with homemade spaetzle or the homemade Krúdy-style sausages and a variety of salads, starters such as a house-smoked salmon plate. The confectioner team of the café also makes handmade traditional gourmet delicacies, and bonbons which are even available to take away.

"The opening of the Matild Café & Cabaret is a joyful return to my Austrian roots, recalling the taste of my mother's classic pastries from my childhood. And from today, the residents of Budapest can also discover these special tastes through the traditional cakes of the historic café" says Wolfgang Puck. 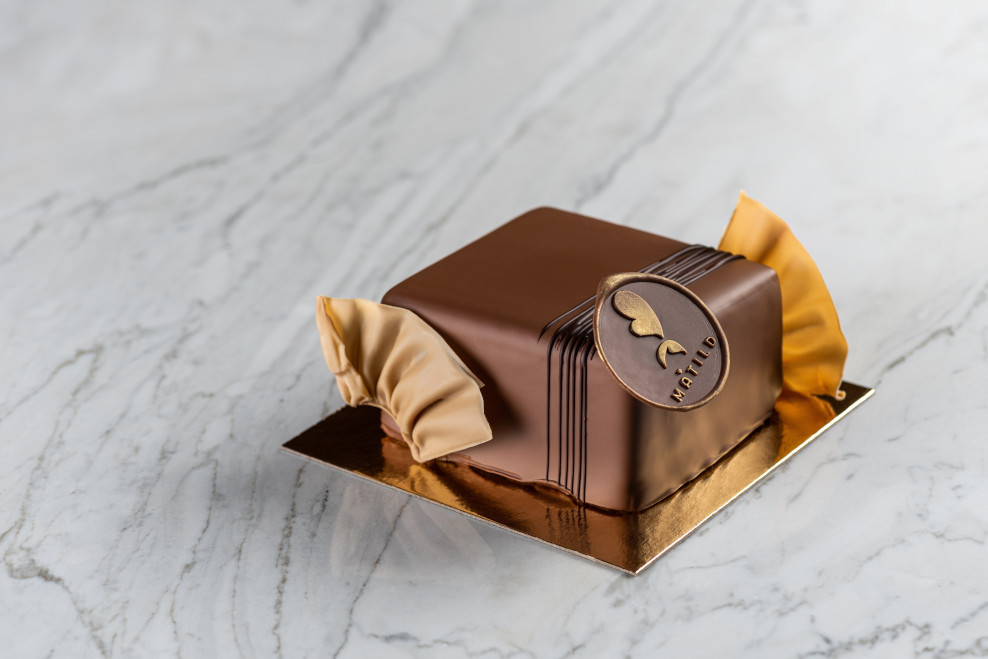 The café's cake repertoire features the popular sweets of the Austro-Hungarian Monarchy, including Eszterházy and Dobos cakes, and guests can also discover the iconic Matild cake, created in honor of the great ancestors of the long-established venue. The special cake carries the message of a new beginning and hope for the city as “Belvárosi Kávéház'' once did, as it was the very first business to reopen its doors to the public in Budapest after the 2nd World War.

Matild Palace, the celebrated iconic building of the Belle Époque era, was a vision of Her Imperial and Royal Highness Maria Klotild (wife of Archduke Joseph Carl) and was constructed between 1899 – 1902. The palace has been restored to its former glory to serve its local and international guests as of early summer 2021 as the long-awaited Matild Palace, a Luxury Collection Hotel, Budapest.

The palace, set to be the new social epicenter of Budapest, is introducing brand-new culinary concepts like Spago by Wolfgang Puck, The Duchess rooftop bar and Matild Café & Cabaret to be opened on 19th May 2022 – a reimagination of the renowned “Belvárosi Kávéház” - all under the culinary supervision of Wolfgang Puck.