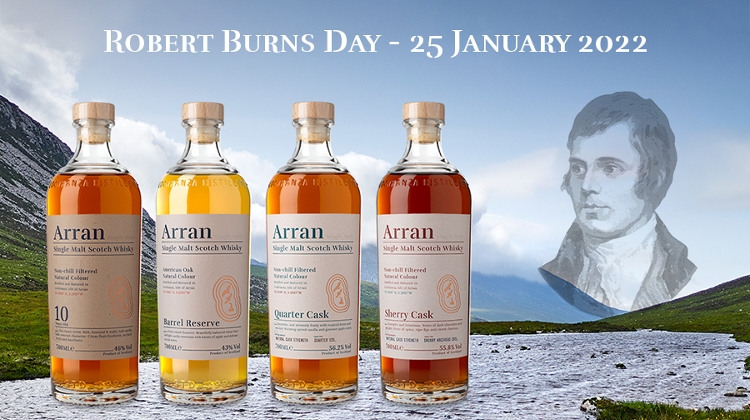 Robert Burns Day or Burns Night is celebrated on 25th January every year, marking Robert Burns’ – the National Poet of Scotland – date of birth, which in 2022 falls on a Tuesday. Now let’s see how Robert Burns and Arran Whisky are related. 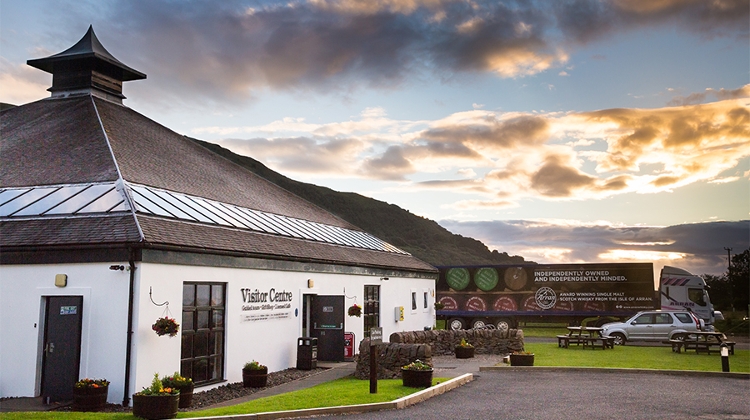 Robert Burns was born in Alloway, Ayrshire in 1759 and his links with Ayrshire and Arran are well known. In fact, although the bard never actually visited the Isle of Arran, he is certain to have been able to see it on clear days as he laboured in the fields of Ayrshire on his father's farm.

At that time there were several illicit stills on Arran which produced whisky that was claimed by many to be "among the finest whiskies available". This was shipped to Dunure in Ayrshire - then the centre of the illegal whisky trade - before being shipped to the gentry in Scotland's major cities where they "took the Arran waters".

As we wrote about this earlier, since 2000 The Isle of Arran Distillery is a member of the World Burns Federation which grants the rights to the distillery to bottle official Robert Burns whiskys. To salute the memory of the iconic poet, Arran Whisky created a Robert Burns single malt and a Robert Burn blend, with the poet’s portrait and signature on the bottle and the packaging. 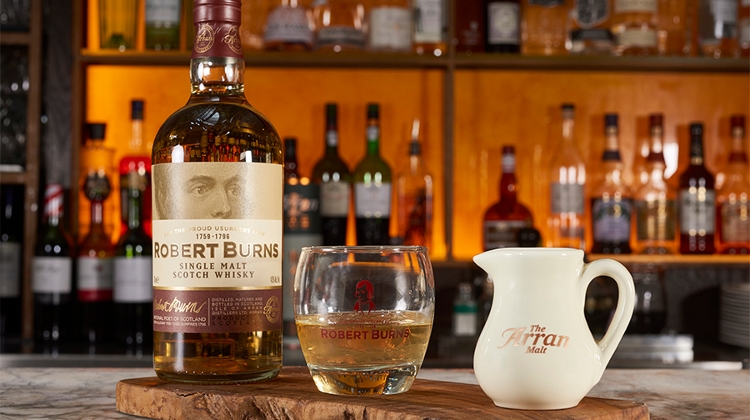 Robert was the eldest of seven children and worked alongside his brothers on his father's farm. Despite being from a poor family, he and his brother were lucky enough to have a tutor who introduced them to the joys of literature. He was on the point of abandoning farm life in Scotland when his first collection of poetry "Poems Chiefly in the Scottish Dialect - Kilmarnock Edition" was published and was extremely well received.

Although he was not a legend in his own time, Robert Burns left a legacy which has touched Scotland and indeed people in countries all over the world. On his birthday, 25th January, Scots all over the world celebrate with a Burns Supper where they address the haggis, the ladies and, of course, whisky. Such a celebration of his life, work and all of the things he loved in life would surely make Robert Burns proud today.

This exclusive Robert Burns edition of the Arran Single Malt has been skilfully created by combining different ages to produce a beautifully rounded whisky that is smooth, malty and sweet with a delicious spicy twist on the finish. A true drop of liquid poetry and the perfect dram with which to toast the Bard!

With the acclaimed Arran Single Malt at its heart, this blend is refreshingly dry in character with a smooth finish and the subtlest hints of peat-smoke in the background. An outstanding example of a great quality blended whisky, this is the perfect dram to be enjoyed on any occasion and a fitting tribute to Scotland’s greatest poet. 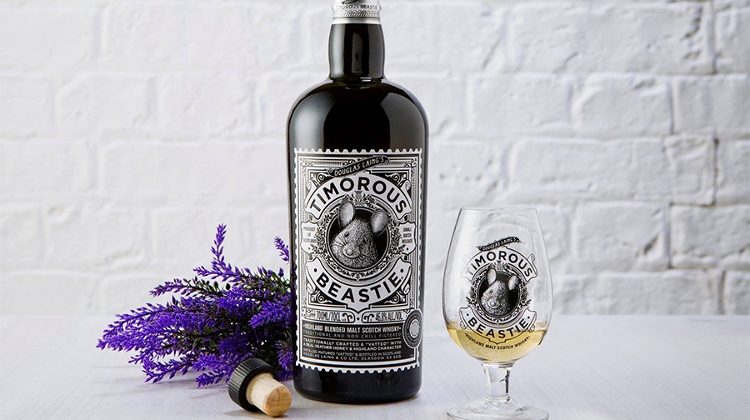 The poet and the beast

Not only The Isle of Arran Distillery has a connection to Robert Burns. The popular Scottish independent bottler, Douglas Laing has a blended malt whisky called “Timorous Beastie” which also has a link to Burns’ poetry.

Written in 1785, "To a Mouse" is about a young man who accidentally overturns the soil of a mouse’s nest. He deeply regrets destroying the tiny field-mouse’s home, and much of the poem centres around Burns’ apology to the innocent creature.

Douglas Laing's Timorous Beastie is most certainly not for the fainthearted! This non-coloured, non-chill-filtered Small Batch bottling is a marriage of appropriately aged and selected Highland Malts - including, amongst others, those distilled at Glen Garioch, Dalmore and Glengoyne distilleries. 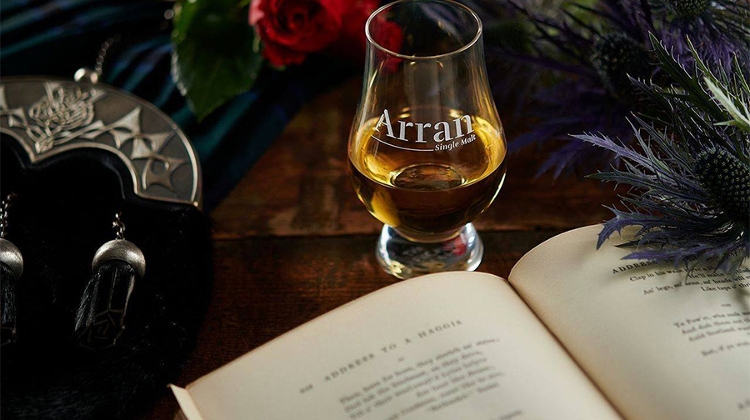 One of the year’s most popular and longest-running charity events will be in Corinthia Hotel in January, where guests can enjoy a touch of Scottish culture in the heart of Central Europe. Traditional Scottish cuisine, pipers and drummers flown in from Scotland, an amazing whisky bar thanks to WhiskyNet, and your chance to try Scottish ceilidh dancing in this incredible five-star setting, not to mention the raffle and auction!

It’s a milestone event this year, 25 years of Burns Suppers in Budapest, and 25 years of helping sick and underprivileged children throughout Hungary. With all the disappointment of missed events over the last 18 months, you won’t want to miss this one!

All the above-mentioned Robert Burns related whiskys can be purchased in the webshop of WhiskyNet.