Budapest to Host Next CPAC Hungary in May, Orbán Key Speaker Again 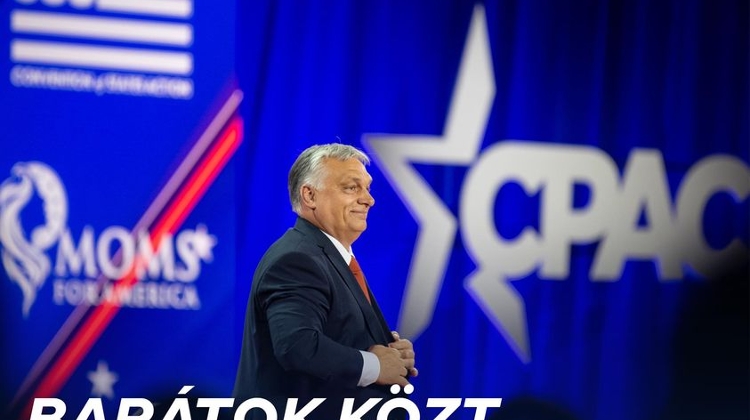 Budapest will again play host to a Conservative Political Action Conference (CPAC), on May 4-5, the event organizer said.

The keynote speaker of the event organised in partnership with the American Conservative Union will again be Hungarian Prime Minister Viktor Orbán, the Centre for Fundamental Rights said on Facebook.

CPAC’s first forum in Europe focusing on the values expressed in the motto “God, Homeland, Family” was held in Budapest in 2022, the centre noted.

The event brought together some 1,500 participants including 200 foreign decision-makers, journalists and influencers, it added.

CPAC Hungary this year will focus on “the international community-building of nationally minded forces, a nightmare of the liberals,” the centre said.

Orbán to Give Opening Address at CPAC USA