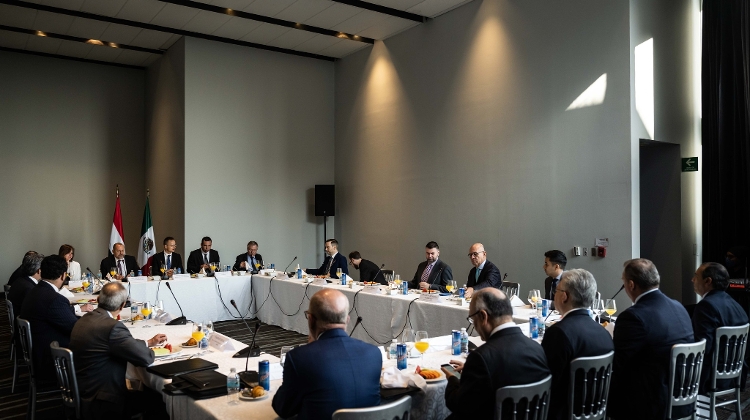 Hungary’s economy has benefitted a lot from cooperation with Mexico, its leading partner in Latin America, and Hungarian companies have “profited much” from Mexico’s industrial development, Péter Szijjártó, the minister of foreign affairs and trade, said on an official visit to Mexico City.

Bilateral trade has levelled out over one billion dollars a year, with a “significant” Hungarian surplus, the foreign ministry quoted Szijjártó as saying in a statement.

Demand for the products and services of Hungarian companies is growing, in digital construction planning, the pharmaceutical industry, the production of health-care equipment and the printing industry, the minister said. “The increase in demand for Hungarian products in these branches of industry gives rise to Hungarian investments,” he said.

Szijjártó noted that Mexico plans to go GMO-free in some farming sectors and said that could translate as “big opportunities” for Hungary’s “world-class” food safety companies.

The minister said Hungary was advocating for an update of the “outdated” cooperation agreement between the European Union and Mexico signed more than 20 years ago.

Addressing the inauguration ceremony of the Church of Nativity in Tepoztlan, which has been restored with a Hungarian government contribution after a devastating earthquake in 2017, Szijjártó said the 10,000 kilometre distance between Hungary and Mexico was “not big enough for the Hungarian government not to learn about the disaster and its gravity”.

“It was therefore clear that we would want to, and will help,” the minister said, adding “that we strongly believe in the universal nature of Christianity which is why we, Christians, bear responsibility for each other, no matter where we live in the world”.

He said the government was proud that two churches had been restored with its contribution in the second largest Catholic country in the world.

Parts of the 16th-century Church of Nativity, a UNESCO World Heritage site, has been renovated with a 300-million forint (EUR 750,000) support from the Hungarian government.

The ceremony was also addressed by Culture Minister Alejandra Frausto.