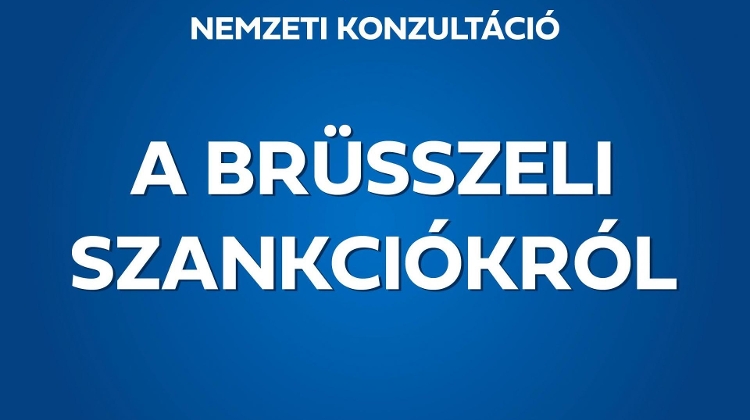 A pro-government lawyer interprets the results of the National Consultation on EU sanctions as clear endorsement of the government’s policies.

A left-wing columnist thinks that the whole national consultation exercise is nothing but a costly propaganda tool.

On Tuesday, the government published the results of the National Consultation on EU sanctions.

More than 97 per cent of the 1.4 million respondents disagreed with EU sanctions including those on Russian gas, oil, and nuclear fuel, and agreed that the sanctions are responsible for the rapid rise in food prices.

In an interview with M1, Hungary’s public news channel, Zoltán Lomnici Jr, a constitutional lawyer at the pro-government Századvég think tank, sees the results of the National Consultation as proof that the vast majority of Hungarians reject EU sanctions on Russia.

The conservative analyst believes that the survey results confirm the government’s criticism of the sanctions.

The left-wing columnist finds it absurd of government politicians to claim that 97 per cent of Hungarians oppose EU sanctions on Russia, bearing in mind that the ‘national consultation’ survey was only returned by 1.4 million Hungarians.

Czene accuses the government of using what he calls a wasteful and expensive propaganda exercise to foment hatred towards Brussels and divert voters’ attention from what he describes as the government’s dilettante economic policies.

The liberal columnist underlines that according to the representative EU poll, 56 per cent of Hungarians agree with EU economic sanctions on Russia and the help the EU offered to Ukraine.