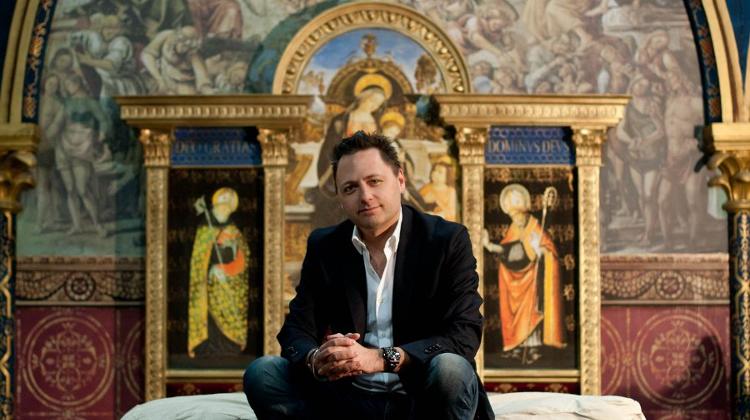 Adam established Mid Atlantic Films in early 2005 with partner Howard Ellis, a US citizen, together they have a combined experience of over 55 years in the film industry worldwide. Over the past 6 years Mid Atlantic Films has been responsible for servicing and / or producing the majority of international Film and TV projects that have shot in Hungary.

Mr. Goodman, a UK citizen, began his film career in 1982. He has also held a variety of positions in the industry that lead to him producing his first film in 1998. Adam has independently been involved in the production of over 500 hours of theatrical and television programming shot on 3 continents in over 15 countries.

Whilst working as a '2nd Assistant Director' he won the 'Directors Guild Of America' award for "Saving Private Ryan" as part of the Director's team, and worked on films such as "The Jackal" and "Rob Roy".

On a yearly basis, Mid Atlantic Films works with Hungary's most talented local film crews on productions including the BBC's "Robin Hood", "Silent Witness", "Hell Boy 2", "The Borgias", "The Rite", "World War Z", "47 Ronin" and most recently "A Good Day To Die Hard".

Almost everywhere! From the age of 17 I often spent many months away from the UK filming in places such as Turkey, Morocco, Czech Republic, France, Germany, U.S. etc

The expertise and work ethic of the Hungarian film crews. The Brits and Americans could learn a lot!

Széchenyi Baths, Náncsi Néni, view from Citadella at sunset AND in the summer months Cinnamon Restaurant at Haraszthy Vallejo winery to lay by the pool and eat great food!

A bottle of Sir Irsai white wine from Haraszthy Vallejo!

More a phrase…..nincs tul sok penzunk…..'we do not have too much money'! Important phrase for a Producer!

8. What do you miss the most from home?

My parents and Josh and Dan my two sons!

Any job that started at 9am and finished at 5pm!

12. Where do you hope to spend your next one?

Bora Bora would be nice!

13. What was your favourite band, film, or hobby as a teen?

Movie - "Once Upon A Time In America".

Movie ('Once Upon A Time In America')

If you can't take a joke you shouldn't have joined!