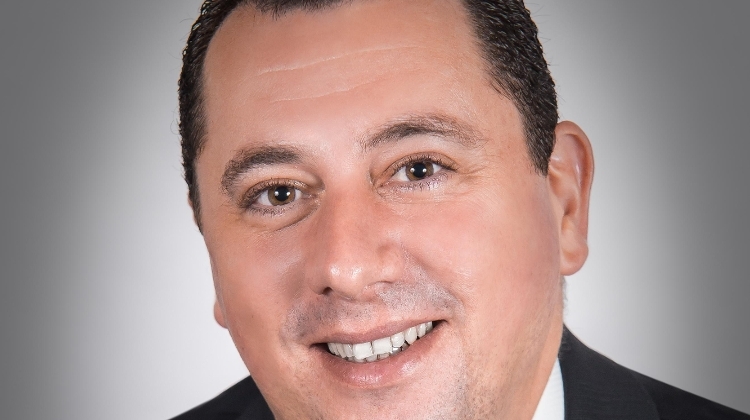 Maltese-born Mr. Mifsud launched his career at Corinthia Hotel St. George’s Bay in the mid-1990’s, and has since held senior management positions at several of the Corinthia hotels in Lisbon and Malta.

In 2007 he briefly ventured into the restaurant sector and operated a family-owned business, opening various well-known and popular restaurants on the Mediterranean island. He returned to Corinthia Hotels as Director of Operations at Corinthia Palace Hotel & Spa in 2010, followed by a move to Corinthia Hotel St. George’s Bay as Hotel Manager three years later. In 2013, he took on the first role as Hotel Manager of the Marina Hotel, of which he became General Manager shortly afterwards.

1. When did you arrive in Hungary and what brought you here?
I arrived on the 1st of August 2015. Pure coincidence brought me here. This is my 9th visit to Budapest, but my first as an expat and it feels like it was my destiny to work at the Corinthia Hotel Budapest.

2. Have you ever been an expatriate elsewhere?
Only for a short time, for a year in Portugal, Lisbon. I spent that time working in various departments of the same hotel chain.

3. What surprised you most about Hungary?
I first visited 12 years ago in autumn time. The richness of the city, not just the architecture but also the history still really surprised me.

4. Friends are in Budapest for a weekend - what must they absolutely see and do?
Definitely cultural visits during the day, for example in the Buda Castle, to see the beauty of the city while its light. In the evening, to explore and learn more about the city’s nightlife and to relax in a lounge bar closer to the river.

5. What is your favourite Hungarian food?
So far Goulash, I feel spoilt to have a 5* version here in the hotel, and so I would also like to try it in a small place somewhere in the countryside maybe.

6. What is never missing from your refrigerator?
A bottle of Sauvignon Blanc, and Ice Tea – Peach flavour.

7. What is your favourite Hungarian word?
“Jó reggelt!” It sounds good to say it, and it’s a nice way to start the day by greeting people with this and a smile.

8. What do you miss most from home?
The sea and fresh fish, not to mention my family.

9. What career other than yours would you love to pursue?
Actor / movie star / celebrity chef

10. What's a job you would definitely never want?
Something with a fixed routine, a cashier for example, because these jobs don’t suit me.

11. Where did you spend your last vacation?
New York, it was partly business and partly holiday at the end of February, beginning of March, and it was a bit cold for my liking. It is really a fascinating city though, truly alive all the time. This July we went to Prague, but just for a short visit.

12. Where do you hope to spend your next holiday?
Driving along the coast in Italy, and stopping wherever we would like for an amazing food and wine and the picturesque scenery. We plan to spend some time reading and relaxing in some luxury apartments we know.

13. Apart of temptation what can't you resist?
Spending time in good company.

14. What was your favourite band, film, or hobby as a teen?
Music: Lenny Kravitz
Hobby: cooking. I also played hockey and did scuba diving.
Film: the Godfather series

16. Book or movie?
It depends. I would rather read the book than watch a movie based on a book. At the moment I’m reading a book about Steve Jobs.

17. Morning person or night person?
If I could choose, a 24 hour person.

18. Which social issue do you feel most strongly about?
Child poverty. From a very young age, I started to feel for them since it’s not their fault to be in such a bad situation.

19. Buda or Pest side?
Buda to live, Pest for work and nightlife.

20. What would you say is your personal motto?
Celebrate success together.