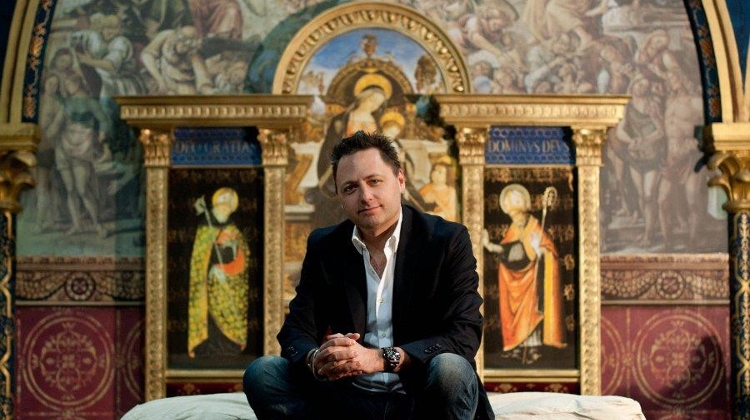 1. What was the most enjoyable part of filming 'A Good Day To Die Hard'?

It’s basically a culmination of the overall success of action, exciting and adventurous endeavors, like closing the Erzsébet bridge, and flying a helicopter above Andrássy avenue. Imagine standing on Erzsébet bridge on a Sunday, and seeing a military style car racing along it...

To orchestrate such an event was great! Ministers and officials understood how good this has all proven to be for Hungary's profile…so it was a 100% hit, in a good way. There were lots of lawyers involved in approval processes with the Major's office, police, BKK, BKV, which can be frustrating for a foreigner. Sitting around the table with the Major's colleagues was a very interesting experience.

2. How does it feel to be behind the scenes of so many films?

I've grown up behind the scenes since I was 16, so I know what is like to be behind a movie. Now I have what it takes, I know how things need to be executed. It takes months of preparation, and knowing that well thought out plans can fly out the window on the first day of shooting. Despite this, I cannot appear flustered; I remain calm in order to deliver the desired outcome.

3. What value do you see in bringing big film shoots to Budapest?

Accommodating the crew and actors alone totaled about 10-15 000 HUF/night, as they went to local bars and restaurant seven nights a week continuously for 18 weeks. The film brought revenue in so many different aspects and so many locations, such as the hotel, food, and tourist industry.

4. What was the most difficult part of producing 'A Good Day To Die Hard'?

In some cases we had to get filming permits within 2-3 weeks, so I experienced many sleepless nights. I must say Hungarian authorities responded well; they did everything that was humanly possible to accommodate the film’s production.

Andy Vajna and a Ministry even changed the law regarding the use of guns by production companies for in films, thank goodness, otherwise Die Hard could not have happened, and to shut a film like that down would have been a monumental issue.

5. How do you manage to bring so many superstars to Hungary?

When a big film is approved, the location has to be great and it has to be world class, since they –the stars, crew- spend quite a few months of their lives in an interesting place, spending approximately 20% of their salary locally. Budapest has a sophisticated style and that is definitely a factor to be taken in consideration. Local infrastructure's support is key.

7. What is your main motivation in life?

My leading motivation is being attached – to create something, shape it, and do so in a pleasurable manner. Of course, it is a positive addition to be well received critically, and thus have association with such a film is great, too.

8. Would you call yourself a creative type, and would you like to direct a film one day?

While filming a movie, I have a very important role. Imagine me as the headmaster of the crew; I have to provide discipline, and so organizational skills are very important. I'd rather do what I can do well…and I am not sure I could be a great director. I also see myself being a still photographer – over the last two years, I’ve gotten ‘wows’ from people who have seen my photos… I think this is as close to creative as I can get. I like putting things together, making it happen, and so I don’t consider myself necessarily the creative type.

9. Why did you stay in Hungary?

I feel close to Hungary because of the movies and the work ethic here, and the overall professionalism. Money can also make a difference -even if this does not necessarily mean a good outcome. I feel above all, the cast and crew should feel close to home while shooting the film.

Yes, a Guy Richie movie, or a Sherlock Holmes one.

11. Do you go to movies, and can you still lose yourself in the film?

Actually I saw one the other night, Alice Cross…you can lose yourself in a bad movie – thinking… how can it be so bad? But I do not analyze good ones, I can enjoy myself still.

11. Do you have any favorite films?

I like a whole range of films, Pulp Fiction, for example. I’ve been a great fan of westerns but also like science fiction, like Adjustment Bureau. As for thrillers… if it’s good, is there anything better?

13. Tell us more a little more about your company?

In 2005 we set up Mid-Atlantic films, and by now we are lucky enough to be considered if a show comes up.

14. Have you ever turned any films or TV shows down?

We only turn down shows if we feel we cannot support them.

15. Who is the biggest name you would like to work with?

I have been lucky enough to work with Spielberg and a whole range of actors. To produce 80% of a film in Hungary and receive an Oscar with Soderbergh or Spielberg on that level would be life-changing.

16. Is there any particular story you would like to produce?

There are three different types of films I would love to produce... I have so many creative ideas in my head… but thrilling, funny, horror would be great.

I wanted a new base, a home, and there was an opportunity to get anchored to this city.

18. Is it easy to make friends in a foreign country?

19. Do you take family to Sunday Brunch?

Yes, I do go occasionally, my favorite Sunday spot with my two boys would definitely be Náncsi néni.