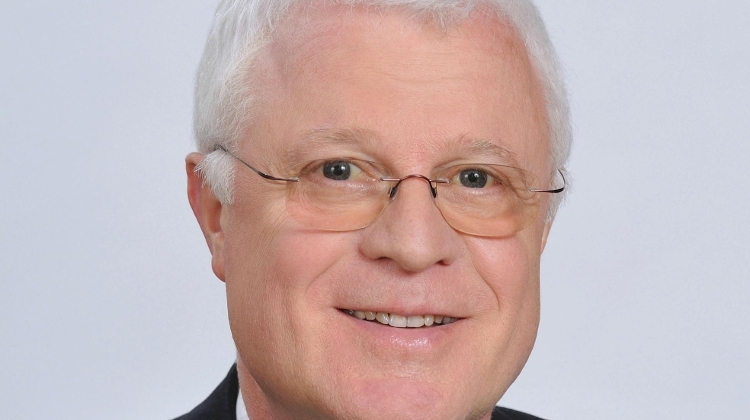 My son graduated from university. He has been working at KPMG Consulting for a year and now he is starting on Foreign Service into Beijing as commercial attache. That’s a big change. (He has already spent one year there to learn the language. We have been there at the opening of the Olympic Games, that is where it all started).

Business wise, we went through the crisis, hope we are out of the deepest part, but still a lot to go before we reach the 2000 level. Pátria Hotel in Pécs was closed and we rented out the one in Lövér in Sopron. Since I come from Pécs, I did not take that closure very well as it is a beautiful city and more emphasis could have been put on marketing it.

2. On a scale of 1 to 10 how happy are you with your life in Hungary, and why?
A good eight… I lived in California for five years, was an expat once, I enjoyed that as well. I am not happy with a few small things, of course, but they are not major things so it is hard to prioritize them.

One thing is fact, everything is over politicized. In this business we can’t afford to take sides, we expect our politicians to support us, to make this country a place where visitors / people want to come, but this has not been fulfilled in the last 40 years since I’ve been in the hospitality business. As a private person, I feel very comfortable.

3. What’s the best party you’ve been to while in Hungary, and why?
Indianapolis – I was on a Holiday Inn corporate party organized for four thousand people and the party was on a car race track where hoteliers spoiled themselves. In Hungary, due to my business I have been to a lot of good ones. I prefer the casual ones like garden parties – open and casual.

5. What hidden talents do you have?
I don’t think I have any hidden talents, but can handle situations with an appropriate sense of humor.

6. What was the most interesting trip you have ever taken?
A Far East trip to a Hungarian Food Festival. We travelled around the Philippines, went to Indonesia, Thailand and Singapore for three months and worked with the Mandarin Hotel chain. At that time I was the GM of Hotel Thermal Hévíz.

7. If you had a wish that could come true, what would you ask for?
Professionally, I would like to see Budapest have a new conference facility for 5 – 6000 to which the attending guests would be flown in by a National Carrier and have a fast train from the airport to the city centre.

Right now a city wide event cannot be hosted since there is no such a conference hall. Currently the capacity would be 1700 in Budapest Congress Centre, or more might be possible at Hungexpo, but it is not the ideal setup for a congress.

8. What’s the last book you read, and movie you watched?
The last book I read was written by Paul Auster an American Author, titled ‘Moon Palace’. Last movie I saw a few weeks back was Birdman and it was very good.

9. If someone wrote a biography about you, what would the title be?
The writer would be in trouble. The title might be ‘The Hotelier’

10. What is the perfect pizza toppings combination for you?
I am not a big pizza fan, but I like seafood, fish, shrimps…

11. If you traded places with another person for a week, real or fictional, with whom would you trade?
To step back to my young age with the knowledge I have now.

12. What was the luckiest moment in your life so far?
When I met the person who introduced me to this business…. So I went and started working as a waiter in a hotel in Pécs. The time before that I wanted to be a camera-man.
In my private life it was meeting my wife.

13. What’s the best website you’ve ever visited, and why?
None made a big impression on me so far but I prefer them to be functional and practical. I like the really informative ones and the ones which are easy to maneuver on. I use them for business purposes rather than shopping. I like Danubius website, of course.

14. Who do you admire the most, and why?
I like / admire happy, satisfied people, and don’t like pessimistic and negative ones. That is why I enjoyed my life in California which intellectually cannot be compared to the Hungarian attitude. I like openness and optimism and I prefer people who make me feel good.

16. What has made the biggest impact on you in your life so far, and why?
Travelling and learning about other people in China for example – their philosophical approach to life even people living close to nature, look at life differently. We tend to overvalue formal education…

18. If your life had a theme song, what would it be?
My theme song would be “Don’t worry, be happy”. I would like to have less worries, but having kids and being in the business these are unavoidable.
My favorite classic piece is Mussorgsky - Pictures at an Exhibition
Mussorgsky had a painter friend and composed this piece for the opening of his exhibition. Later Ravel altered it and made it famous.

19. If you could live anywhere in the world, where would you live?
Hungary

20. In ten years time from now what will you be doing?
I will be retired, but that does not mean that I am going to be passive. I will be spending my time with my kids. I play tennis now, I might be playing golf then..