Escape From Budapest To Istanbul, European Capital of Culture 2010 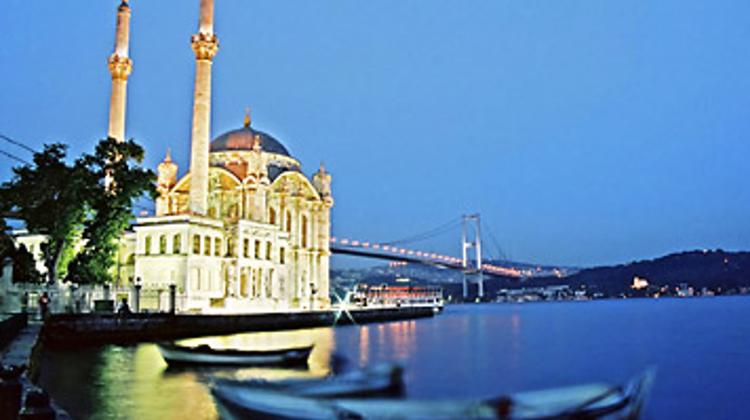 Along with the Hungarian city of Pecs, and the German city of Essen, Istanbul is also a ‘European Capital of Culture’ this year. This Turkish delight of a city stands out from the others in several ways, not least because part of it’s in Asia. Recently I caught up with Wolfgang Koller there, former Budapest expat and now the GM of the <a href="http://www.marriott.com/hotels/travel/istcy-courtyard-istanbul-international-airport/ " target="blank"> Courtyard Hotel by Marriott Istanbul</a>. I asked him about his expat life in Istanbul, and what visitors ‘must see’; do and eat during a weekend stay.

Mr. Koller started by suggesting, “A good place to begin looking around downtown Istanbul is the Hagia Sophia”, excellent idea, as this is where the complimentary shuttle bus from his hotel takes guests. Very impressive it is too, having been the largest cathedral in the world for nearly a thousand years. It now serves as a popular museum, but before that relatively recent conversion it served for many years as a mosque.

The Yeni (New) Mosque is also well worth a visit, as is the Topkapi Palace . Of course the famous Grand bazaar, Spice bazaar, and Blue mosque are ‘must-see’ attractions too. It’s also worth checking out local program schedules to catch fabulous temporary exhibitions at venues connected to the European Capital of Culture extravaganza.

Asked how he finds expat life in Istanbul, Wolfgang said, ”Well, it’s different from Hungary for sure, the business level is more dynamic due to the size of the city - officially 12.7 million people. Plus the working week is longer, in general 6 days, equalling 45 hours. In times of an economic turn down, this level of dynamism helps to keep motivation and grow levels positive.“

Since arriving to open the first Courtyard by Marriott in Turkey on 29 May 2009, Wolfgang has seen hotel occupancy constantly increase, which he says is influenced by people of many different countries visiting Istanbul due to its status as a capital of culture, and as a thriving business metropolis.

Driving through the city with Wolfgang we could see massive construction projects in the outlying areas, however the beauty of downtown remains completely undisturbed as a dazzling gem of Turkey.

Having worked in Austria, Germany, Poland, Costa Rica, USA, Norway, Hungary, Wolfgang notes how he, “never recognized the friendliness and helpfulness of the Turkish people before living in Istanbul, they really have the hospitality gene”.

Kind and generous service is easy to experience in the many Kebab shops and local baklava sweet stores. They provide surprises every time, specialties include very edible raw meat balls kebabs, cake shops even feature delights such as Dobos torta – clearly not only a Hungarian favourite.

The fish market and the restaurants there are a must too, as visitors can choose the variety of fish they fancy and watch as it’s cooked up there and then, providing truly fresh seafood pleasures.

‘Oléo Pazzo’, the hotel restaurant, provides Mediterranean cuisine with Turkish specialties. It’s a fine-dining experience, the Turkish sweets are divine at any time of the day, also not to be overlooked is a glass or two of Turkish wine.

Compared to the ancient sites in city, the Courtyard Marriott Istanbul International Airport features a uniquely modern exterior design that makes the hotel stand out from other hotels in Istanbul. It’s ideally situated in the triangle composed of Istanbul airport, congress, fair and exhibition centers.

After a busy day visiting the sites of Istanbul, hotel guests can enjoy the warmth and refreshment of the indoor pool, with its 77-square meter uniquely round design. The massage services there are highly recommended, especially aromatherapy treatments.

Within 10 minutes walk of the hotel is a weekly Saturday Market, which not only sells fresh produce of every description but also clothes and souvenirs at non-tourist prices.  Also close by, a large outlet shopping centre called '212' is a short taxi ride away (around 8 TL).

The hotel shuttle bus service proves a very convenient way to get to the downtown attractions, also to-and-from the airport for free.  With special room rates available, it’s a very affordable; enjoyable and refreshing place to stay as a base to experience a wealth of European, and Asian, culture in 2010.

By Scott Freeman for XpatLoop.com