Hungary's Forint Is The Most Attractive EM Currency 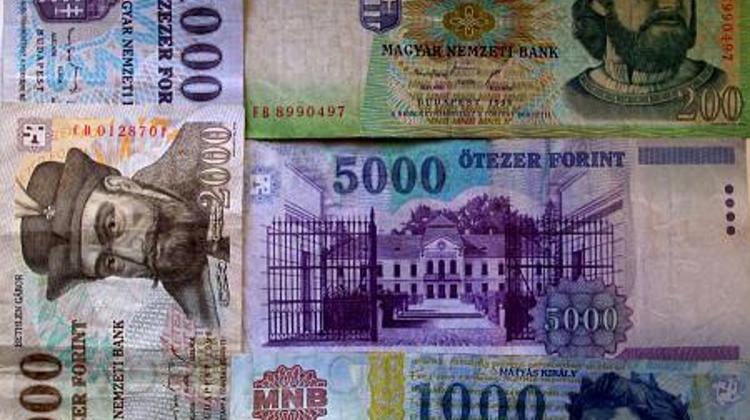 Based on 11 market and macroeconomic indicators CS publishes its Scorecard on a monthly basis, examining 17 EM currencies. The higher the points given, the bigger the upside potential of the currency is, i.e. positive score implies underlying variables are currency positive, while negative scores are currency negative.

Over the past four months, Hungary’s forint has finished in the top3 every time, but in the Scorecard comprised between 27 January and 27 February it has finished on top for the second month in a row (albeit in tie with Thailand’s baht and Mexico’s peso).

The latest run of the "Scorecard" suggests being long MXN, HUF and THB against being short MYR, SGD, TWD and RUB vs. USD in March 2010 (see chart below), analyst Olivier Desbarres said.

"This is broadly in line with our recommendation of using SGD and TWD to fund longs in higher-carry currencies," he added.

The THB score is the largest gainer this month, while the RUB sees the biggest fall in score. "EMEA currencies lost points because of the GDP variable, whereas most Asian economies gained points, reflecting the much faster recovery in growth in Asia."

As the chart below indicates, the HUF’s scores remained in the top (three) due to the following two factors:

- a likely drop in Hungary’s inflation this year and a largely unchanged yield environment on the money market point to an attractive real interest rate outlook;

- the fiscal adjustment and recession lead to a considerable external balance improvement.

"Being long PLN, MXN, and HUF against being short CZK, TWD, CNY, and SGD, as advocated by the end-January 2010 Scorecard, would have generated an estimated total return versus the dollar of about +1.0% from 27 January 2010 to 27 February 2010. The total return is defined as the change in the spot rate plus the carry versus the US dollar," Desbarres said.

"The Scorecard outperformed a strategy of simply buying all 17 of the EM currencies in our sample against the dollar (which we refer to as the "index" return). The index return was +0.5%. The Scorecard underperformed a strategy of being long the three currencies with the highest carry and being short the three currencies with the lowest carry (which we refer to as the "carry-basket" return). The carry-basket return was +1.9%," he added.

The latest run of Credit Suisse’s monthly model suggests being long MXN, HUF and THB against being short MYR, SGD, TWD and RUB vs. USD in March.

Since inception, the Scorecard has recorded positive notional returns in 20 out of 25 months. Over that period, the Scorecard has outperformed both the index return and the carry-basket return by an estimated average of 1.9pp and 1.3pp percentage points, respectively, per month.

"This continues to highlight the value of the systematic approach to portfolio definition that the Scorecard attempts to facilitate."