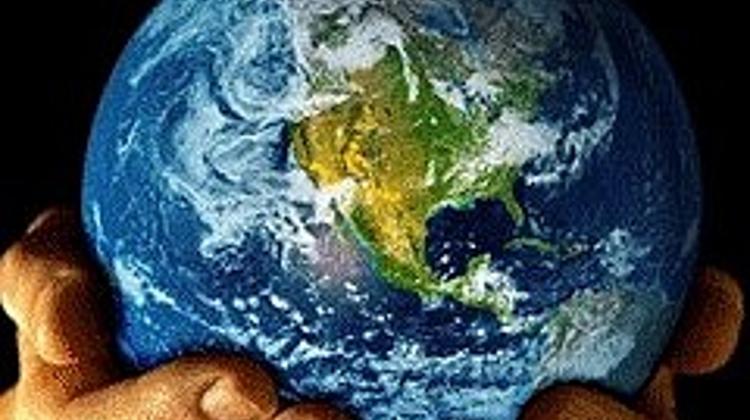 "Magyar Telekom, Hungary’s leading telecommunications group, has introduced at two new television channels launched by origo.hu at an unorthodox press conference on Friday. Journalists were allowed into the studios and some even had the chance to become weathermen/women for a few minutes in front of the blue screen.

He briefly explained how the two new television channels, LifeNetwork and OzoneNetwork, fit into the group’s strategy, adding that the project is not primarily about money, rather about MTel’s plan to boost penetration and create educative platforms.

Miklós Vaszily has made his official introduction as Origo’s new CEO today. Origo is fully-owned by Magyar Telekom. Vaszily has been working in online content services for about a decade. He has been CEO of NET Média Zrt., the publisher of Portfolio.hu between 2001 and 2005, from where he moved to news portal index.hu. Up until November 2009, he was Index’s CEO and Deputy-CEO responsible for operative tasks at Central European Media & Publishing (CEMP).

Vaszily stressed that the 'triple-play’ strategy was of key importance for Origo, as well. "The television segment is just as important within Origo as Internet; it is not a subordinated area at all," he said.

LifeNetwork claims to be the first lifestyle TV channel in Hungary. It offers lifestyle series, hospital documentaries and fictional series, as well as feature films.

Its online version offers a wide range of news/advice in a host of areas, including health issues (e.g. dermatology, pregnancy, locomotor problems, allergy, etc.), lifestyle suggestions (weight problems, sexual issues, stress-related problems, fitness, etc.), dietary and psychological advices and even a list of diseases with diagnostic help. (Although it offers charts to display the most widely used treatments and symptoms of the specific diseases, there seems to be no data added by the online community, so the charts show nothing.)

Let’s hope this initiative can in time turn into something like patientslikeme.com , which is a truly remarkable, noble and exceptionally valuable site.

OzoneNetwork, Origo’s new weather-themed channel, has already tripled the number of visitors compared to its predecessor on origo.hu, although it has been launched only recently. Vaszily trusts the new service can help them become market leaders in this area, as well.

OzoneNetwork covers global issues, such as the climate change, alternative energy sources, disappearing flora and fauna and the need for environment-conscious education and lifestyle.

Péter Koltai, head of Origo’s TV channels said it was almost a natural step to enter the TV market, as MTel has had a strong presence in Internet and the mobile market.

"This TV already shows us that broadcast links to the IT world," he said.

Koltai said the themes of the channels were selected, because a) they found there was a shortage of these and b) they offer content that are definable from the 'triple-play’ strategy’s point of view, as well.

Barbara Hámori, programming director of the two TV channels said Magyar Telekom is able to monitor the television watching patterns of IPTV subscribers with a precision to the minute, and the data show that among thematic TV channels LifeNetwork has so many viewers that it is competing with Discovery Channel for the No.1 position.

"We clearly aim to dethrone Discovery," Hámori said, adding that OzoneNetwork is up against Spektrum TV for the fourth position.

According to television ratings group AGB Nielsen Media Research, OzoneNetwork beats LifeNetwork with regard to the number of viewers, but MTel strives to put one of them in the top5 this year.

Ozone will launch 'weather minutes’ services on 8 March, which competitive edge is given by the fact that it offers real time data. Ozone currently gathers data from 50 weather stations nationwide, while the Hungarian Meteorological Service (OMSZ) uses only a fraction of these data for its forecasts."