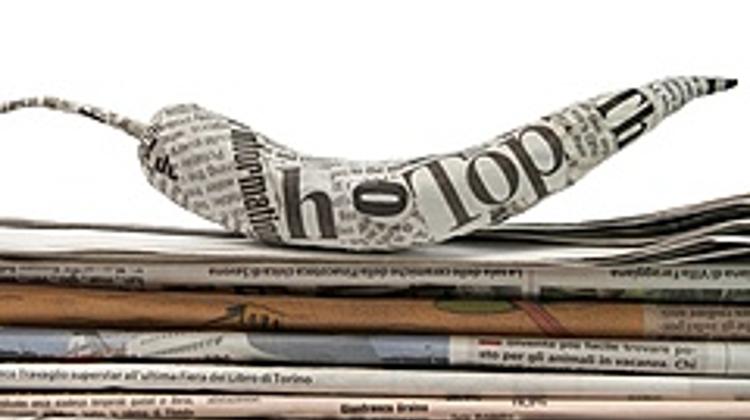 "The merger of Swiss Ringier and Germany’s Axel Springer would create the biggest print media company in Hungary, provided the competition authority green-lights the deal. Ringier AG and Axel Springer AG have announced on Wednesday that they will combine their operations in five Eastern European countries in a new company to be headquartered in Zurich, Switzerland. Each partner will hold 50% of the new company.

The rumour about the merger reappeared as a result of a post on Twitter and an article taken off the site of local daily Nészabadság today.

Hungarian news portal index.hu said Axel Springer would put EUR 50 m (cc. HUF 13.2 bn) into the deal and pay further EUR 125 m (HUF 33 bn) to Ringier. The merged media company would become one of the biggest in its line of business in the region and a market leader in Hungary with assets of over HUF 40 bn, dethroning RTL.

The parties expect the utilisation of synergies to reduce costs and to become successful despite hardships in the media segment and a decline in printed media numbers.

"The joint venture, headquartered in Zurich and generating sales on a pro-forma basis 2009 of approximately EUR 414 million (CHF 601 million) and an EBITDA of EUR 62 million (CHF 89 million), will be one of the leading media enterprises operating in Eastern Europe," Ringier said in a statement.

The JV is subject to the approval of the responsible antitrust authorities.

Rumours have been circling in the media segment for months that the two were engaged in merger talks, but Polish business paper Puls Biznesu was the first to actually report about it on 5 March. It based its speculation on the fact that the chief of Axel Springer’s local unit was summoned to the headquarters in Switzerland on very short notice and very hush-hush. Bloomberg reiterated the report a few weeks later and this is how it probably ended up on the computer of a journalist at Népszabadság, which is majority-owned by Ringier.

The article, however, has soon vanished from the site; clicking the link will only give you a 404/Not Found error message. The only traces of the story are to be found on Google, a few news search sites and Twitter. Népszabadság has been lately automatically tweeting its stories and index.hu speculates that no one at the paper was capable of removing the post from Twitter.

Because of the Népszabadság article, merger rumours resurfaced. Index.hu cited several independent sources as saying that it was Ringier itself that had the article removed, so that no one would mistake the translated story for an official company announcement.

News about the potential merger of Ringier and Axel Springer are not new; even a full-blown merger was discussed a few years ago. In 2002, Ringier was said to be considering buying a 30% Axel Springer stake from bankrupt Kirch Group, but in the end US investment fund Hellman & Friedman snatched up the package. H&F has major holdings in ratings and audience measurement company Nielsen, or the world’s largest photo agency Getty Images.

Axel Springer has ample resources to expand. In 2005, it put its acquisition crosshair to ProsiebenSat1 group with the aim to give birth to Europe’s largest media empire. Germany’s competition watchdog has thwarted the deal in the end.

The two publishers had total revenues of EUR 414 m (HUF 110 bn) in the five countries it plans to combine their operations in.

Ringier entered Hungary in 1993. It first published tabloid Blikk in 1994. It launched over a dozen magazines over the past 15 years, acquired sports paper Nemzeti Sport and bought a stake in daily Népszabadság.

Axel Springer has been in Hungary since the early 1990s via several county papers, of which it currently has nine. It is the publisher of business daily Világgazdaság, dozens of magazines and weeklies.

The merger of the two companies would create the largest publisher in Hungary. The portfolios of Axel Springer and Ringier would also complement each other well.

May need to sell this or that

Hungary’s competition authority (GVH) has not received an official notification of the publishers’ plan to combine its Eastern European operations, spokesman András Mihálovits told local newswire MTI on Wednesday. It’s not worth speculating about the future until the details of the planned merger are public, he added.

As a number of EU member states are affected, the companies may not even apply for approval at the individual authorities, the spokesman said. If a merger involves more than three member states, it is generally the EU’s competition authority that says the final word.

A potential GVH approval process can for up to three months, and it may rule that the merger requires the divestment of certain products or subsidiaries.

Index.hu learned that Ringier - acting proactively - mulls not to even try including Népszabadság in the deal, but sell its 70.4% stake in the paper which boasts one of the largest circulation numbers in Hungary.

According to industry rumours, the buyer would be the paper’s minority owner (26.5%) Szabad Sajtó Alapítvány (Free Press Foundation), which is owned by the Socialist Party (MSZP), but there are said to be a number of other contenders for the stake. Népszabadság has been struggling with sharply declining circulation. In the last quarter of 2009, its total circulation was 85,000, against 104,000 in Q4 2008."